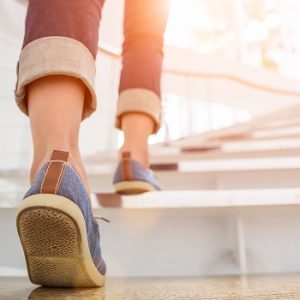 Could getting enough lutein in your daily diet help you stay active? {Photo: Bigstock]

The big question is what’s the connection? Are higher lutein levels triggered by increased physical activity or is having a high lutein level simply indicative of more physically active people, who tend to eat more fruits and vegetables than those less physically active?

The researchers, affiliated with the School of Health Sciences at the University of South Australia, argued that it is important to find out because it hints at lutein’s role in chronic disease prevention.

“The hypothesis that lutein might increase physical activity is novel. Therefore, while 135 studies were identified that had measured both lutein status and physical activity, only 17 of them formally tested whether there was a relationship between the two,” ​they wrote in their report​​, published this week in the open-access journal Nutrients.​

Because most studies included in the review were cross-sectional, the authors started with the notion that it may be a case of ‘people-who-eat-healthy-also-work-out-more.’

But data from a couple of novel studies tantalisingly suggested this may not be the case. Preliminary evidence from the trial in rats and a double-blind randomized controlled trial in humans suggests that lutein status influences physical activity.

These studies were a 2014 Japanese study that found that rats given lutein-fortified milk had an appeared to be more active​​, and another from the same year by Australian researchers (the same team that compiled this current systematic review) which found that 19 older adult participants who took lutein had increased physical activity​​, reduced sedentary time compared to the 20 who took a placebo.

To this, the authors note that if increasing lutein status, or possibly also the status of other carotenoids, is able to increase physical activity, this might be useful for improving physical activity to mitigate the risk of chronic disease,”​ they said. “However, large-scale RCTs are required to confirm effects on physical activity and any associated health benefits.”​

Most of us don’t get enough lutein from our diets – the average intake is just 1.6mg per day. There is no RDA for carotenoids such as lutein, zeaxanthin and beta-carotene, but eating five servings of fruits and vegetables, as recommended by most health agencies, can provide 5-6mg of carotenoids, including lutein and zeaxanthin. A daily intake of 6mg of lutein and zeaxanthin is the level at which researchers report observable health benefits. The daily doses in human trials where lutein is used as an intervention to heal eye and other problems as usually higher, in the 10-20 mg per day range.

Could getting enough lutein in your daily diet help you stay active? {Photo: Bigstock]