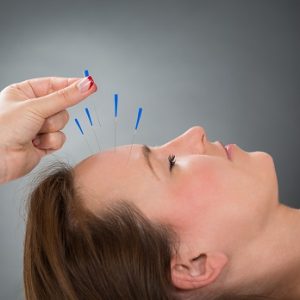 US researchers have found that acupuncture can be an effective treatment for a wide range of skin conditions. [Photo: Bigstock]

Acupuncture effective for a range of skin conditions

Natural Health News — If you suffer from skin conditions such as dermatitis, pruritus, and urticaria, acupuncture could provide relief, according to a new study.

University of California, Davis, researchers analysed the findings from 24 studies in which acupuncture was used as the primary treatment for a range of dermatologic disorders.  Only manual acupuncture studies were allowed;  studies using electroacupuncture and moxibustion were excluded.

A total of 17 out of the 24 studies demonstrated that “acupuncture showed statistically significant improvements in outcome measurements compared with placebo acupuncture in which needles or pressure are applied but not at the specific sites associated with a therapeutic effect. alternative treatment options, and no intervention.”

» US researchers analysed high quality English language studies into the therapeutic effects of manual acupuncture on a range of skin conditions.

» Results shows that compared to sham acupuncture and other treatments, including certain pharmaceuticals, acupuncture produced significantly better results for problems like dermatitis, pruritus, and urticaria.

Specifically they found that all six of the atopic dermatitis studies analysed showed statistically significant improvements in the condition when comparing acupuncture with either a placebo or no treatment. Likewise acupuncture significantly reduced both the “rate and duration of urticarial episodes” in a randomised controlled trial using placebo controls. Another  found acupuncture more effective for clearing wheals than oral antihistamines. An observational study found acupuncture effective for prolonging the time between urticaria relapses and “showed complete clearance of wheals in 25.8% of patients”.

The authors only included English language studies in their analysis. Studies from China, where acupuncture is a standard treatment may have yielded even more positive results.

The University of California researchers, writing in the  Journal of Alternative and Complementary Medicine, suggest that acupuncture has a beneficial role to play as a treatment for a wide range of skin conditions.

US researchers have found that acupuncture can be an effective treatment for a wide range of skin conditions. [Photo: Bigstock]