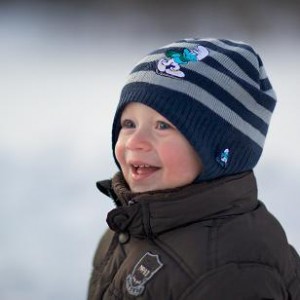 Children's symptoms of winter dermatitis can improve by around 30% with a daily supplement of Vitamin D, say researchers

Natural Health News — A new study conducted in more than 100 Mongolian schoolchildren found that daily treatment with a vitamin D supplement significantly reduced the symptoms of winter-related atopic dermatitis, a type of eczema.

The report in the  the Journal of Allergy and Clinical Immunology supports the results of a small preliminary study that showed similar results in a small group of children in Boston.

“While we don’t know the exact proportion of patients with atopic dermatitis whose symptoms worsen in the winter, the problem is common,” says Carlos Camargo, MD, DrPH, of Massachusetts General Hospital.

“In this large group of patients, who probably had low levels of vitamin D, taking daily vitamin D supplements – which are inexpensive, safe and widely available – proved to be quite helpful.”

Camargo led both the earlier 2008 Boston pilot study and the current investigation, which was performed in collaboration with investigators from the Health Sciences University of Mongolia.

Ignoring the role of vitamin  D

A chronic inflammatory disorder of the skin, atopic dermatitis is uncomfortable and makes patients more vulnerable to bacterial infection. Symptoms of the disorder – most commonly seen in children – often worsen during wintertime.

While controlled administration of ultraviolet light, which can stimulate the production of vitamin D in the skin, is a common treatment for severe atopic dermatitis, the possibility that vitamin D deficiency contributes to the seasonal worsening of symptoms had received little consideration prior to the Boston pilot study.

The current study, conducted in collaboration with the National Dermatology Center in Mongolia, involved 107 children, ages 2 to 17, from nine outpatient clinics in the capital city of Ulaanbaatar.

The children – all of whom had a history of atopic dermatitis symptoms worsening either during cold weather or around the transition from autumn to winter – were randomly divided into two groups. One group received a daily vitamin D dose of 1000 IU while the other received a placebo. Both delivered in oduorless, coluorless and tasteless drops. Neither the children’s parents nor the study investigators knew to which group participants had been assigned.

Evaluations of the children’s symptoms were conducted at the outset of the trial and at the end of the month-long study period, and parents were also asked whether they saw any improvement in their child’s condition.

Parents should try it

While data gathered at the outset of the study could not determine whether or not participating children were deficient in vitamin D, the authors note that an even larger study of Ulaanbaatar children conducted at the same time found significant vitamin D deficiency in 98% of participants, supporting the probability that the children in this study were also deficient.

While future studies are needed to assess the value of vitamin D treatment in adults and in children with year-round symptoms, Camargo – a professor of Medicine at Harvard Medical School – says that parents of children with symptoms that worsen in the winter should try a vitamin D supplement for a few weeks when symptoms flare to see if it helps.

If  you are unsure of what to give our child, always discuss with your healthcare provider.

Children's symptoms of winter dermatitis can improve by around 30% with a daily supplement of Vitamin D, say researchers