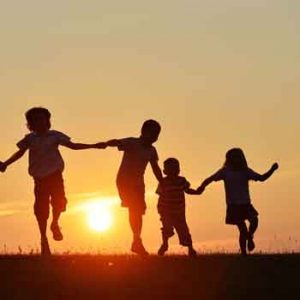 Natural Health News — Sufferers of atopic dermatitis are more likely to have low vitamin D levels – and supplements could be a good way to combat this common skin condition, according to a new review.

Researchers from the Konkuk University in Seoul, South Korea found that blood vitamin D levels of sufferers of atopic dermatitis – the most common form of eczema – was on average 2.03 nanograms per milliliter (ng/mL) lower across all age groups compared to healthy controls.

Looking at children alone, this difference was more marked at 3.03 ng/mL lower for those with the skin condition.

They also found evidence of a significant decrease in symptoms of the condition after vitamin D supplementation.

The results of this latest Korean review, published in the journal Nutrients were based on meta-analysis of seven observational studies on serum D levels and atopic dermatitis, and four randomised controlled trials on vitamin D supplementation as a treatment for sufferers.

» Korean studies in both adults and children have shown that low blood levels of vitamin D can increase the risk of atopic dermatitis – the most common form of eczema.

» In the most recent of these studies supplementing with vitamin D significantly decreased symptoms in sufferers.

» In addition, for children, the researchers note that more time outside in the sunshine is beneficial.

It echoes the findings of a study published earlier this year which concluded that 8 out of 10 children in Korea suffer from a vitamin D deficiency that could eventually lead to atopic dermatitis or allergic rhinitis.

A research team from the Samsung Medical Center looked at 3,720 randomly chosen elementary school students from 45 schools across the country. They tested vitamin D levels in the children’s blood and investigated whether there was any correlation between atopic skin disease, asthma, and other allergy-related diseases and the children’s vitamin levels.

For children the researchers recommend that exposure to sunlight was the best first line treatment and noted that Korean children – like children everywhere – are not spending adequate time outdoors.

Vitamin D serves as an agent to fight against inflammation in the human body, and as such anyone who lacks an ample amount of the essential vitamin is more likely to develop inflammatory diseases – such as dermatitis and eczema – since the immune system does not function properly.

Dermatitis and eczema cause the skin to become itchy, red, dry and cracked, and sufferers are usually given steroid creams as a treatment. But steroid creams, or corticosteroids, reduce skin inflammation and irritation. Yet long-term use of very potent creams can lead to thinning of the skin and changes in skin colour.

According to the authors of the most recent study: “These classic treatments are focused on reducing skin inflammation, but their potential side effects and poor patient adherence indicate the importance of finding new therapeutic options.”