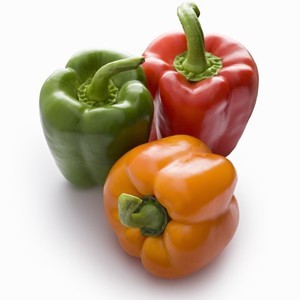 Peppers are a dietary source of nicotine that may help protect against Parkinson's, say researchers

New research reveals that Solanaceae – a flowering plant of the nightshade family, some species of which produce foods that are edible sources of nicotine – may provide a protective effect against Parkinson’s disease.

The study appearing in Annals of Neurology, suggests that eating foods that contain even a small amount of nicotine, such as peppers and tomatoes, may reduce risk of developing Parkinson’s.

Parkinson’s disease is a movement disorder caused by a loss of brain cells that produce dopamine. Symptoms include facial, hand, arm, and leg tremors, stiffness in the limbs, loss of balance, and slower overall movement.

An estimated seven to 10 million people worldwide are living with Parkinson’s disease, according to the Parkinson’s Disease Foundation. Currently, there is no cure, but symptoms are treated with medications and procedures such as deep brain stimulation.

Previous studies have suggested that cigarette smoking and other forms of tobacco (also a Solanaceae plant), reduced relative risk of Parkinson’s disease. However, experts have not confirmed if nicotine or other components in tobacco provide a protective effect, or if people who develop Parkinson’s disease are simply less likely to use tobacco because of differences in the brain that occur early in the disease process, long before diagnosis.

In addition, cigarette smoking brings with it so many other health challenges that it cannot be considered ‘medicinal’.

In the new study Dr. Susan Searles Nielsen and colleagues from the University of Washington in Seattle recruited 490 patients newly diagnosed with Parkinson’s disease at the university’s Neurology Clinic or at a regional health maintenance organization, Group Health Cooperative.

Another 644 unrelated individuals without neurological conditions were used as controls.

Questionnaires were used to assess participants’ lifetime diets and tobacco use, which researchers defined as ever smoking more than 100 cigarettes or regularly using cigars, pipes or smokeless tobacco.

The data showed that the apparent protection from Parkinson’s occurred mainly in men and women with little or no prior use of tobacco, which contains much more nicotine than the foods studied.

“Our study is the first to investigate dietary nicotine and risk of developing Parkinson’s disease,” said Dr. Searles Nielsen. “Similar to the many studies that indicate tobacco use might reduce risk of Parkinson’s, our findings also suggest a protective effect from nicotine, or perhaps a similar but less toxic chemical in peppers and tobacco.”

Peppers are a dietary source of nicotine that may help protect against Parkinson's, say researchers