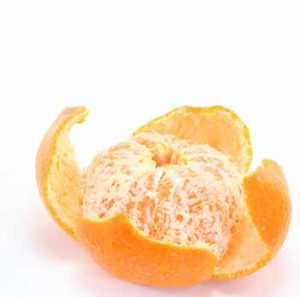 Nutrient rich diet could help keep you younger for longer

Natural Health News — High consumption of vitamin and mineral-rich foods throughout early adulthood could help keep you younger for longer.

A new study, which followed the ageing process of nearly 2,000 middle-aged and older adults, found that consumption of micronutrients including vitamin C, folate and potassium was associated with delayed biological ageing.

For this study the Korean researchers used measurements of leukocyte telomere length (LTL) to determine a participants’ biological age.

Telomeres are protective structures that cap the ends of linear chromosomes. Very short or dysfunctional telomeres have been correlated with premature ageing in humans. LTL is commonly used as an indication, or biomarker, of biological ageing

According to the researchers – LTL length may reflect antioxidant status and oxidative stress on the system which, in turn, can have an impact on biological ageing.

» Korean researchers investigated the connection between nutrient intake and biological ageing in a group of middle aged individuals.

» Over a 10-year period they found that those who were consuming a diet rich in vitamin C, folate and potassium earlier in life aged better – according to measurements of leukocyte telomere length. (a common indicator of biological age).

An antioxidant boost for youth

The researchers studied 1,958 middle-aged and older Korean men and women (aged between 40 and 69) for 10 years. They were looking for potential associations over time, between the consumption of micronutrients – including antioxidant nutrients and B vitamins – and LTL.

They collected dietary information using a food frequency questionnaire and from this assessed the consumption of a wide range of micronutrients, including vitamins and minerals over that 10-year period.

The team then looked at whether the age made a difference to the findings. They found that the association between the consumption of vitamin C, folate and potassium with telomere length was significant only among participants under 50 years of age. This suggests that the earlier one begins consuming these nutrients the more impact they may have in terms of fighting off premature ageing.

“Our findings suggest that the earlier consumption of vitamin C, folate and potassium, which are abundant in fruits and vegetables, can delay biological ageing in middle-aged and older adults,” concluded the South Korean team.