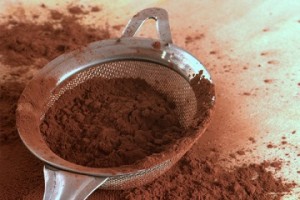 Natural Health News — A flavanol-rich chocolate drink a day could help keep your brain sharp as you age.

Cocoa, especially if it is minimally processed, contains high levels of health enhancing antioxidant flavnols – a distinct group of naturally occurring compounds that can be found in a variety of foods such as tea and red wine.

Now a recent study has shown how this protection can extend to the brain.

It is normal for cognitive function to slightly deteriorate with age. Memory capacity begins to worsen, along with processing speed and the ability to form long-term memories. This decline is different from the cognitive decline that signals possible dementia. Finding a way to slow it down is becoming increasingly important as our population ages.

While previous studies have demonstrated the benefits of cocoa flavanols for people suffering from mild cognitive impairment, the current study focused on healthy people experiencing the usual mental wear and tear that comes with older age.

The researchers, from Italy’s University of L’Aquila and chocolate company Mars enrolled men and women aged 61-85 years with no evidence of cognitive dysfunction, the participants in this controlled, randomized, double-blind study were assigned to one of three groups and given a cocoa drink to consume for  daily for 8 weeks.

The drinks were nutritionally matched except for their flavanol content which was either high (993 mg), intermediate (520 mg) or low (48 mg).

The high- and intermediate-flavanol cocoa drinks were produced using Mars’ Cocoapro® a specially prepared, though not commercially available, flavanol-rich powder, while the low-flavanol drink was made with a highly processed, alkalized cocoa powder that you might find in everyday cocoa products.

Other than the inclusion of the test drink, normal diets and regular lifestyle were maintained throughout the study.

At the start of the study and again after eight weeks, cognitive function was assessed using a battery of tests that examined memory, retention, recall, as well as executive function. Among those individuals who regularly consumed either the high- or intermediate-flavanol drinks, there were significant improvements in overall cognitive function after only eight weeks.

The volunteers who drank either the high- or medium-flavanol drinks showed significant improvements in their overall cognitive function after only eight weeks. Plus, the group showed reduced blood pressure and improved insulin resistance. The researchers believe these positive results may be due, in part, to improved vascular function.

A link between metabolic syndrome and mental decline

As cognitive function was normal for this aged population, this study shows that even cognitively healthy individuals can quickly benefit from the regular inclusion of cocoa flavanols in their diets.

In addition to evaluating cognitive function, the researchers also monitored insulin resistance, blood pressure and other metabolic markers. Excitingly, there was also evidence of improvements in these cardiometabolic outcomes.

It is not yet fully understood how cocoa flavanols bring about improvements in cognitive function, but the study’s authors suggest that the improvements in insulin resistance and blood pressure could be revealing.

“Earlier studies suggest a central role for insulin resistance in brain aging,” said Dr. Giovambattista Desideri, lead author on the paper. “These results could therefore provide some insight into a possible mechanism of action for the cognitive improvements we have observed.”