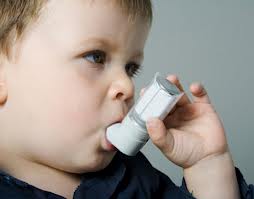 Natural Health News — A new study has found that that a low vitamin D status may worsen asthma symptoms.

There are approximately 5.1 million asthma sufferers in the UK, and this number is growing. Coming from the Greek word meaning ‘hard breathing,’ asthma sufferers have sensitive airways and inflamed lining of the bronchi within the lungs.

There is no single cause of asthma, but certain factors, including your environment and a family history of asthma can increase the likelihood of developing it.

For people who suffer from asthma, the disease is generally manageable, but a new study published in American journal of Respiratory and Critical Care Medicine has found that for asthma sufferers, a deficiency of vitamin D could lead to worsened symptoms.

Researchers from the Department of Pediatrics at the Children’s Hospital of Pittsburgh conducted a study of 560 children from Puerto Rico with the aim of examining whether vitamin D deficiency is associated with worsened asthma symptoms.

The authors condluded that a lack of vitamin D was significantly associated with severe exacerbations of asthma symptoms in the children, regardless of racial ancestry or disease severity.

There have been a number of other previous studies conducted on the link between a lack of vitamin D and severity of asthma: