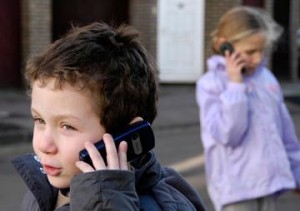 Anyone can be allergic to the toxic metals in mobile phones; children are especially vulnerable

Allergic to your mobile phone?

Natural Health News — Amazing but true – your mobile phones and related devices can be sources of metal sensitisation and potential causes of allergic contact dermatitis (ACD).

In it an international team of researchers conducted a comprehensive search of the existing literature and identifeid 37 cases of movbild phone related ACDand 6 studies whicih examined the release of allergens from mobile phones.

Among their findings was the fact that the high levels of nickel sensitisation children, means that  the prevalence of ACD can be as high as 33%.

This information, say the authors,  is important for practitioners, particularly when evaluating patients with dermatitis of the face, neck, hands, breast, or anterior thighs-common places exposed to cell phones. The authors provide important diagnostic tips for practitioners and strategies to raise awareness of nickel- or chromium-induced mobile phone ACD.

Commenting on the study Editor-in-Chief of the journal Pediatric Allergy, Immunology, and Pulmonology, in which the study apeared, Mary Cataletto, MD, Professor of Clinical Pediatrics, State University of New York at Stony Brook (Stony Brook, NY) and a practicing pediatric pulmonologist noted:

“With the rising use of cell phones and other mobile devices, pediatricians can expect to see additional cases of ACD. Thyssen’s paper discusses diagnostic patch testing for common metal allergens and the value of spot testing of the patient’s phone in establishing a causal relationship.”

Previous studies have identified mobile phones and related devices as sources of metal sensitisation and potential causes of ACD.

Moste recently, items we use daily such as mobile phones, laptop computers, video game controllers, and other technology accessories have also provided sources of nickel sensitisation and ACD. Chromium and cobalt are also frequent culprits. Reactions from patch tests among dermatitis patients reached 2.3% and 6.2% respectively.

Despite efforts to control allergen release by phones, many phones on the market release levels of metals, such as nickel and chromium, which are sufficient to induce ACD.

Problems with mental development too?

In related news, a major investigation into whether mobile phones and other wireless technologies affect children’s mental development is about to begin in the UK.

The Study of Cognition, Adolescents and Mobile Phones (Scamp), by researchers at Imperial college London, will examine about 2,500 schoolchildren at the ages of 11 and 12. Researchers will be collecting data about how they use the phones and how much time they spend on them, and assess them two years later on mental functions such as memory and attention, which continue to develop into the teenage years.

The study is funded by the government and industry and is the first of it’s kind. The World Health Organization has said research in this area is of the “highest priority”.

Anyone can be allergic to the toxic metals in mobile phones; children are especially vulnerable