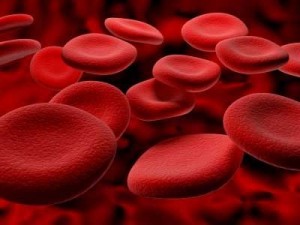 Natural Health News — Patients given weekly chelation therapy had fewer cardiovascular events than those who received identical appearing placebo infusions, according to a recent trial.

The results were released ahead of publication at the  American Heart Association’s Scientific Sessions 2012.

In the multicenter, double-blind trial, called the Trial to Assess Chelation Therapy (TACT), 1,708 heart attack patients were randomised into two research groups. In the first group participants received either 40 infusions of a 500 mL chelation solution or a placebo infusion. In the second group participants received either an oral vitamin and mineral regimen or an oral placebo.

The patients from the US and Canada were 82 % male, 94 % Caucasian and about half were obese. All had experienced a previous heart attack, 83 % had already had bypass surgery, stent implantation or balloon angioplasty. Thirty-two percent had diabetes, 68 % had high blood pressure and 73 % had been prescribed cholesterol-lowering statins. Patients were followed for an average of 55 months.

Researchers found that patients receiving the chelation solution had fewer serious cardiovascular events than the control group (26 % versus 30 %). The overall benefit was small but statistically significant.

Cardiovascular events were defined as death, heart attack, stroke, coronary revascularisation and hospitalization for angina. Although participants with diabetes appeared to have a particular benefit from the infusions.

Chelation therapy is used to remove  heavy or toxic metals from the bloodstream. The more common calcium EDTA is approved to treat lead poisoning and other chelation drugs are used to manage iron overload following repeated blood transfusions. The study used a less common solution that contained three grams of the synthetic amino acid ethylene diamine tetra-acetic (EDTA), seven grams of vitamin C, B-vitamins, electrolytes, a local anaesthetic and heparin, an anti-clotting drug. The placebo infusion was salt water and a small amount of sugar.

Scepticism – even from the researchers

There has been decades-long debate about whether chelation therapy could be effective as a treatment for patients with atherosclerosis, or fatty deposits in arteries that can cause heart attacks.

TACT was, in fact, funded by the NIH more than a decade ago as part of a highly publicised initiative to put research money into alternative medicine. The trial was hampered by slow enrolment and additionally, in 2008 enrollment in TACT was temporarily suspended in response to claims that the trial was unethical.

Amongst conservative doctors and the medical press there is a long-standing unwillingness to accept that exposure to toxic substances can affect health, for instance by doing damage to the heart or nervous system.

Until now, there have certainly been no large, long-term clinical trials to determine if these intravenous infusions might work for patients with coronary artery disease. And even with these encouraging results the authors and the wider medical community have been reticent when it comes to drawing conclusions about the results

“We have to look carefully at these unexpected results,” said Gervasio A Lamas, MD lead author of the study and chief of Columbia University Division of Cardiology at Mount Sinai Medical Center in Miami Beach, Florida.

“Although not approved by the Food and Drug Administration for treating heart disease, chelation therapy has been used for over 50 years and has generally been believed by conventional medical practitioners and cardiologists to be without value. A definitive answer on chelation therapy will take much additional research. The most exciting part of this study is that there may be an unexpected signal of benefit. We need to understand whether the signal is true, or whether it occurred by chance.”

In particular he dismissed the unexpected finding that chelation may have benefits for diabetics.

Not a magic bullet

Chelation is not a magic bullet and certainly not as simple – for patient or doctor – as taking or prescribing a pill. Lamas noted that the therapy in this trial “was an arduous regimen”.

Each patient received 40 infusions, each lasting at least three hours. The first 30 infusions were one week apart. The last 10 were two weeks to two months apart depending on the patient’s schedule. All told, researchers delivered 55,222 infusions and patients were monitored constantly for side effects, particular strain on the kidneys

This is the largest but not the first trial to show benefit of EDTA chelation for heart patients. One small trial in 1963 found that 50% of the active group showed improved ECG readings after 6 and 12 weeks following the final treatment.  A study in 1990 showed similar “dramatic improvements” after 10 infusions.

The huge time gap between studies, however is indicative of conventional medicine’s lack of interest in the subject – even though, clearly a proportion of patients do benefit from this treatment.