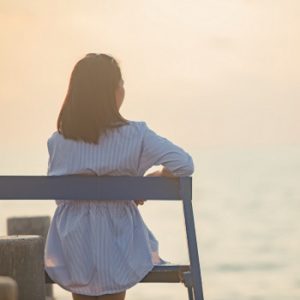 Loneliness is not a medical condition - so why are doctors keen to prescribe pills for it? [Photo: Bigstock]

A pill for loneliness? If only it were that simple

Loneliness affects people of all ages, young as much as old.

It’s now seen as so serious it’s classified as a public health problem. It’s presented as an “epidemic” causing a wide range of health problems that threaten to cripple health services.

In response to this perceived crisis the, UK government has even created a minister for loneliness to roll out its loneliness strategy. This proposes a range of approaches that usually involve encouraging people to become more involved in their families and communities.

But researchers from the US are working on a more radical solution to the perceived contemporary problem of loneliness: a pill. The rationale for this work is that loneliness negatively affects how our brains and other systems in the body work and that drug treatments could help prevent or reduce this effect. The researchers argue that this might not solve the underlying problem, but at least it would help limit its effects. In the meantime, we can look for deeper solutions that address the fundamental issue for lonely people, which is their lack of meaningful relationships.

In this way, loneliness is being equated with medical conditions such as depression and anxiety by suggesting a similar pharmacological treatment. The problem is that the analogy is clearly limited and, ultimately, this approach seeks to unnecessarily medicalise a normal part of the human experience.

Not a medical condition

Anxiety and depression are mental health disorders that can have a variety of emotional and physiological causes. Loneliness, on the other hand, is caused by social problems related to our (lack of) interactions with other people.

Depression and anxiety also have clear clinical and diagnostic signs and symptoms, with established ways to screen for and diagnose it. But there is no established process to clinically identify lonely individuals. Even working out how you define what counts as being so lonely that it becomes a medical problem is difficult. Is it defined by the duration, frequency or intensity of the experience, for example?

There are a range of different effective treatments for depression, including drugs, talking therapy and lifestyle adaptations such as exercise that have been built up over the past five decades. But we’ve only just begun trying to understand loneliness and how to tackle it and there are, as yet, few interventions for loneliness that have proven benefits.

Because loneliness isn’t a medical condition, we should be wary of such well-intentioned developments that over-simplify the complex nature of loneliness. Going straight to a pill with inevitable side effects seems premature when we still need to deepen the evidence base on the link between loneliness and brain health. And by only tackling the physical and physiological aspects of loneliness, we inevitably ignore other negative effects such as low wellbeing and quality of life.

We should also question whether loneliness really is a rapidly growing issue that’s damaging people’s health. The evidence shows that the proportion of people in Britain who report feeling lonely has changed little over the past five decades.

Loneliness may be associated with poor physical and mental health but association doesn’t imply a causal link. People may be lonely because they have a mental health problem and feel excluded by family, friends and the community in ways that are bad for their wellbeing. That doesn’t mean their experience of loneliness is causing their health problems.

Similarly, the evidence that loneliness is going to overwhelm the healthcare system is limited. Warning people about the toll loneliness is taking on medical services may have the unintended consequence of discouraging lonely people from seeking help.

The other thing to consider is that we only ever describe loneliness as a negative experience, something to fear, and rarely ask if there might be a positive side to it. Evidence from the BBC Loneliness Experiment, which surveyed 55,000 people, suggests that loneliness can prompt people to improve their relationships and seek out new ones.

The solution to loneliness lies not in doling out a pill and turning an important human experience into something needing medical treatment, but in creating communities and opportunities that enables people to build positive social relationships.

To date, we don’t know how best to do this. Many ways have been proposed for tackling loneliness including using robots or animals such as chickens as companions, or taking up physical activity. Intervening to help someone feel less lonely can be done online or face-to-face, in groups or on an individual basis. What unites these different interventions is that they are all focused on developing meaningful social relations. This seems a more humane and appropriate way to intervene to combat loneliness than resorting to pills.

Loneliness is not a medical condition - so why are doctors keen to prescribe pills for it? [Photo: Bigstock]