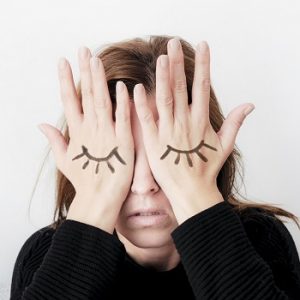 From black coffee to a hair of the dog - we're still trying to figure out the best way to deal with the after effects of holiday excess. [Photo: Bigstock]

It’s a common misconception that hangovers are mainly the result of dehydration.

An evening of heavy drinking can lead to inflammation of the stomach and intestines, poor-quality sleep and the production of toxic substances that lead to vomiting, sweating and an increased heart rate. Research also suggests that hangovers can hamper the ability to concentrate and remember information.

What research has not given us, though, is credible evidence for a “hangover cure”. The revels of freshers’ week will have many bleary eyed students reaching for a remedy, so here’s the evidence behind what works – and what doesn’t.

Dehydration is one of the most frequently reported symptoms of hangover. Alcohol is a diuretic – in other words, it makes us urinate more often. Having around four drinks can eliminate between 600 and 1,000mL of water from your body.

Heavy alcohol consumption can also cause sweating, vomiting and diarrhoea, which also cause the body to lose fluids. As a result, dehydration leads to symptoms including thirst, weakness, dry mouth and light-headedness.

Drinking water may relive some of these symptoms, but dehydration is also typically accompanied with electrolyte imbalance. A combination of water and an electrolyte supplement can therefore tackle some of the symptoms of your hangover – but by no means all of them.

Perhaps one of the most traditional remedies for a hangover is a plate of greasy bacon and eggs. But is the fry-up the holy grail of cures it promises to be? Foods such as bacon, eggs and even broccoli contain an amino acid called “cysteine”, which scientists claim can decrease the amount of the toxic chemical “acetaldehyde”, which is produced as your body metabolises alcohol.

Acetaldehyde contributes to hangover symptoms such as increased heart rate, nausea and vomiting, but there is very limited research supporting the benefits of certain foods as hangover cures. That said, eating a meal with protein, fat and carbohydrate before alcohol consumption has been shown to slow the absorption of alcohol, so as the old saying goes it may good to “line your stomach”.

One of the reasons we feel so awful after drinking is down to the effects that alcohol has on our sleep. Alcohol-induced sleep can be shorter and poorer quality, but the tiredness you feel can be reversed by the nation’s favourite stimulant – caffeine.

Evidence suggests that people who regularly drink caffeine develop a physical dependency to the drug, which explains why some people need their morning fix. But for these people, a cup of tea or coffee during a hangover may not be enough to address the deficits in thought processes and reaction times.

There’s also evidence to suggest that people who don’t usually have caffeine do not have the same effects of improved performance and alertness seen in regular users.

During a hangover, many people will say “I’m never drinking again” – but others swear by the “hair of the dog” to relieve their symptoms. The fact is, drinking during a hangover can be downright dangerous. Vital organs such as the liver need time to repair the damage caused by a session of heavy drinking. Government guidelines recommend that you should avoid alcohol for 48 hours after a heavy drinking session.

What’s more, using alcohol to “cure” a hangover could be indicative of an alcohol use disorder. Evidence suggests that getting more frequent hangovers is associated with an increased likelihood of developing problems with alcohol. It’s not clear whether the hangover itself is what causes the problem drinking, or repeated heavy alcohol use. Regardless, as far as hangover cures go, this one is not recommended.

Recently it seems more and more pharmaceutical products are being marketed to drinkers which claim to relieve hangover symptoms. These products often claim to work by increasing the speed at which one’s body gets rid of the toxic chemical acetaldehyde. These cures also claim to reduce inflammation and address the chemical changes in our brain causes by alcohol that can impact our thought processes.

It should hardly come as a surprise that there is currently no evidence that any conventional or complimentary medicine can cure a hangover. It is unclear whether this is because these cures do not work or because their effectiveness has not been fully tested.

So, although these popular remedies may offer some relief from the symptoms of hangover, there’s no evidence-based treatment or “cure”. A hangover is a complex combination of physical and psychological symptoms, which are caused by several different processes in the body and brain.

What’s more, few hangover treatments address impairments in concentration, memory and reaction times, or the low mood and increased anxiety frequently reported by sufferers. The only surefire way to avoid “the morning after the night before” is to drink alcohol in moderation – or not drink it at all.

From black coffee to a hair of the dog - we're still trying to figure out the best way to deal with the after effects of holiday excess. [Photo: Bigstock]