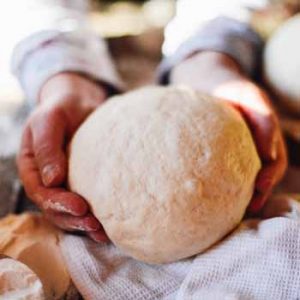 Folic acid in our flour – food sense or counsel of despair?

The Scottish Government is calling for UK flour to be fortified with synthetic folic acid in order to reduce birth defects, especially neural tube conditions such as spina bifida.

The UK government is still considering its position after positive recommendations from its advisors, the Scientific Advisory Committee on Nutrition (SACN).

No-one can argue against the desirability of improving the diet and health of women before and during pregnancy, nor dismiss the Scottish government’s concern that low folate status affects deprived communities most severely. Putting synthetic folic acid in flour is an attractively simple solution, but it would be a big mistake. Here’s why:

It’s untargetted mass medication
Putting folic acid in all white flour is designed to reach women of child-bearing age so that they get enough even if they don’t plan a pregnancy or eat an appropriate diet (or take supplements) before conception. Medicating men and older women in this way is obviously irrelevant – and may have unintended consequences (see below). And it’s behind the curve.

So many people have reduced their bread consumption or have turned to gluten-free alternatives that medicating white wheat flour alone will not do the trick. Adding folic acid to maize flour (or ketchup or marmite) as well may help, though this is not (yet) on the agenda. But as more foods are used as carriers, dosage becomes more difficult to define safely – and the possibility of some people getting too much becomes a real danger.

It restricts choice – and responsibility
Increasing numbers of people choose food that they believe to be wholesome and additive-free. Successive governments, recognising the growing cost of diet-related ill-health, have supported such trends, ‘nudging’ people to exercise personal responsibility and make better food choices.

By contrast, mandatory food fortification is an admission of defeat.

It implies that there is no way to get women of child-bearing age to consume enough folate other than by sneaking it synthetically into all the flour they eat. It would limit choice (‘untreated’ flour would be illegal) and discourage personal responsibility. It might even perversely bolster the health image of otherwise nutritionally poor processed foods, many of which are based on white wheat flour.

Collateral damage
When you force a nutrient, in synthetic form and uncertain dosage, on to an entire population, more than half of whom do not need it at all, there are bound to be risks. Most of these arise from differences in the way that synthetic folic acid and natural folate (from things like green leafy vegetables and wholemeal flour and bread) are metabolised by the human body.

In countries such as the USA, where folic acid has been added to white flour and cereal products since 1998, the level of unmetabolised folic acid in people’s blood has been rising. In the words of Dr Siân Astley of the Institute of Food Research,

“This can cause problems for people being treated for leukaemia and arthritis, women being treated for ectopic pregnancies, men with a family history of bowel cancer, people with blocked arteries being treated with a stent and elderly people with poor vitamin B status.…It could take 20 years for any potential harmful effects of unmetabolised folic acid to become apparent.”

There is a better way
So what’s the answer? Clearly, the most logical way of reducing the number of spina bifida births is to make sure that all women who are likely to get pregnant get sufficient folate, preferably from a good diet but aided by appropriate doses of supplements if necessary.

Some would argue that it’s not easy to get enough natural folate (vitamin B9), even if you have a reasonable diet. But this has  much to do with the underlying quality of our basic foods and the way that processing depletes their potential vitality.

Over the past 50 years or more, there has also been a gradual decline in the quantity of minerals and vitamins in bread wheat and we don’t make best use of those that remain.

White flour, as used in the vast majority of UK bread, rolls, pizzas etc, is so deficient in key nutrients that since 1953 it has been fortified with synthetic iron, calcium, and two B vitamins (thiamin and nicotinic acid). B vitamins such as folate are present in larger amounts in the bran and germ of the wheat grain. 41% of the folate in whole wheat is removed by milling to white flour.

Yeast also contains folate, so bread should be a good source. But there can be two or three times more folate in bread if it is fermented properly – the one thing that cannot be said for over 90% of UK bread since the invention of the ‘no-time’ Chorleywood Bread Process in 1961.

So the answer to making more natural folate (and many other important vitamins and minerals) available to everyone in appropriate amounts is simple: grow better wheat, leave more goodness in it when it is milled to flour and take time to ferment the bread well.

This is exactly what Scotland The Bread* is all about. We urge the Scottish government to support this plan to improve the health of all citizens from the ground up, rather than follow the attractive, but flawed, route of mass medication.