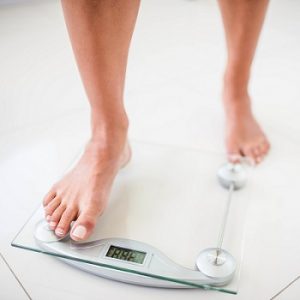 The risk of diabetes is considerably lower in those who maintain a steady weight over time. [Photo: Bigstock]

Maintaining the same weight as you age may prevent diabetes

It is well known that losing weight reduces your risk of developing type 2 diabetes.

Our latest research shows that maintaining the same weight as you age may also prevent diabetes, even in people who are moderately overweight.

Type 2 diabetes is a global health problem that affects about 414m adults. The disease usually develops over many years as the body’s ability to absorb and metabolise sugar and carbohydrates slowly declines. It is mainly caused by diet, inactivity and smoking, but genes also play a role.

Although the number of people newly diagnosed with diabetes appears to be stabilising, and perhaps even decreasing, the total number of people living with the disease is increasing. Diabetes is a chronic disease with many health consequences that often need lifelong treatment. The disease decreases a person’s quality of life and places a strain on the health service.

We know that being overweight is strongly associated with type 2 diabetes and that obese people who lose weight, exercise and improve their diet can lower their risk of developing diabetes. In many parts of the world, public health campaigns are focused on identifying and treating those at high risk of diabetes as a result of being obese and having high levels of blood sugar. But from a public health perspective, it is also worth exploring if other strategies could be more effective at preventing the occurrence of new cases of diabetes.

» Swedish scientist studied a large population over 10 years and found that the risk of diabetes was considerably lower in those who maintained their weight.

» This was true even for those who were moderately overweight to begin with.

We studied over 30,000 people aged 30 to 60 from Västerbotten county in northern Sweden. The participants had their weight and blood sugar measured on two occasions, ten years apart. We wanted to see if what people weighed at the beginning of the study could tell us something about their risk of developing diabetes. But we also wanted to know the impact of weight change over time on the risk of developing diabetes.

The distribution of weight in the people we studied was very similar to that in the general Swedish population. Based on their body mass index (BMI), just over a third of people were overweight and about a tenth were obese. (Putting on a bit of weight in middle age is normal.)

As expected, people who lost moderate amounts of weight had an even lower comparative risk of developing diabetes, especially among those who were overweight or obese at the start.

A new focus for public health

As well as studying risk, we were also interested in how big a change in average weight, at a population level, would be needed to achieve a meaningful reduction in the occurrence of type 2 diabetes. We found that if everyone who gained weight had instead maintained their weight, an estimated one in five of all new diabetes cases could be prevented. This proportion should be compared to the fact that current prevention strategies that target those at high risk could only prevent an estimated one in ten of all new cases.

These results show that diabetes can be prevented even in people who are moderately overweight, and that it is worth investing in public health measures that support people in maintaining a healthy lifestyle and a healthy weight throughout their life.

The risk of diabetes is considerably lower in those who maintain a steady weight over time. [Photo: Bigstock]