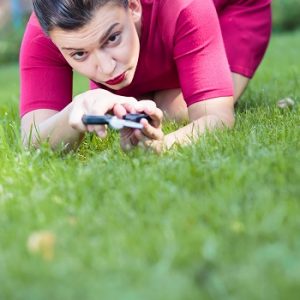 Perfectionism and burn-out are close friends – best avoid them

It’s not a disease, exactly, but perfectionism can drain your energy and happiness away. As two experts in health and life science write, you need let it go for your own well-being!

It was Voltaire who said: “perfect is the enemy of the good” – and he should know. A strident critic of existential perfection, Voltaire spent much of his working life attacking the notion of a world imbued by flawless divinity.

In Candide, his most influential work, Voltaire describes Professor Pangloss, a devoted follower of Leibnizian optimism – the philosophy that God has created the “best of all possible worlds”.

» Nobody’s perfect, but many of us strive to be, and that striving for perfection can have serious consequences for our well being.

» The drive for perfection, according to recent research, is particularly strong at work – more so than in sport or education – where employees fear losing their jobs if they don’t measure up. This in turn can lead to burn-out

» Social scientists argue that diligence, flexibility and perseverance are far better qualities to cultivate than perfectionism. Employees, employers and society as a whole needs to recognise this.

Candide, the muddling pupil of Pangloss, often attempts to reconcile the moral imperfections of his mentor, with the notion of an optimal world, but ultimately despairs. It is only by these failures that Candide is painfully cured of his obsession with perfection.

Fast forward a couple of centuries and the lessons learned by Candide remain relevant today.

We live in a world dominated by the pursuit of perfection. From the sports field, to the classroom, to the office and everywhere in between; perfect performances are the pinnacle – the very definition of success for many. Yet, as Candide discovered, there is an inherent flaw in this logic. For perfection is a standard which can never be attained and ultimately offers all but misery for those who try.

As psychologists, we have been fascinated by the effects of perfectionism – a personality trait encompassing excessively high personal standards and harsh self-criticism. It is a common trait, and it is likely that you will know someone with it: a co-worker gripped with the fear of making mistakes, a teammate excessively self-critical following a poor performance, or a child brooding about missing a school deadline. These are all defining characteristics of a perfectionist.

We recently conducted research that found perfectionism is closely linked with burn-out. Burn-out is a syndrome associated with chronic stress, which manifests as extreme fatigue, perceived reduced accomplishment, and eventual detachment.

What was interesting in our analysis was that the self-conscious thoughts and feelings central to perfectionism, those associated with a fear of imperfection and making mistakes, had a moderate to large positive effect on levels of burn-out. What was even more interesting was this relationship was particularly strong in work settings, when compared to sport and education.

Our analysis did not identify why perfectionism is particularly problematic in work, but there are a number of possibilities. Work is typically performance-focused – and poor performance carries significant costs which, in the worst case, result in redundancy.

When perfectionism takes place in the service of such pressure, the performance outcomes, rather than motivating, are likely to act as triggers of severe stress – exacerbating the fear of failure that is central to the link between perfectionism and burn-out.

Another explanation for the close association of perfectionism and burn-out in work is that employees can sometimes feel entrapped. This is especially the case in times of economic downturn, when opportunities to move jobs or change career are limited. Such an inability to remove oneself from an increasingly stressful work environment, that is no longer enjoyable, is highly likely to result in burn-out for perfectionists.

It is important to recognise that in untangling the relationship between perfectionism and burn-out, our findings underscore a broader consensus. That is, perfectionism is a largely destructive trait and its effects must be managed. Many perfectionists feel chronically self-conscious, are gripped with fear and perceive themselves as impostors.

Better things to be than perfect

Organisations must therefore be clear that perfection is not a criteria of success. Instead, diligence, flexibility and perseverance are far better qualities than perfectionism. Google have taken the bold step to reward failure, in an effort to breakdown the anxieties that inhibit performance – and this may well prove to be extremely productive: not just for innovation, but also staff well-being.

Furthermore, as the pursuit of flawlessness is irrational and crippling, more realistic (but nonetheless challenging) goals are advised. Inevitably these goals will be lower than perfectionists would like – but perfectionists need protection from themselves. Otherwise, workaholism, burn-out – and even worse – awaits.

As a society we tend to hold up perfectionism as a sign of virtue, of achievement. Yet the story of Candide is revealing; perfection is as elusive as it is captivating.

A focus on flawlessness is ultimately self-defeating, and our research points a sharp spotlight on this fact. Balanced working lives and a depressurised environment are likely to go some way to addressing the problematic nature of perfectionism. But, as a society, we too bear a responsibility to challenge this undesirable trait.