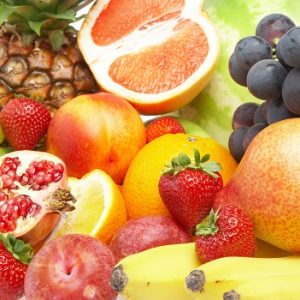 Diets that include more plant-based foods and less meat are healthful and unlikely to produce nutrient deficiencies. [Photo: Bigstock]

Q&A: Do ‘meat-reducers’ get enough protein?

Q – I see so many comments these days about reducing meat consumption. I like meat. I don’t want to give up meat. Is there really good evidence to show that we need to give up meat to stay healthy. And what about getting enough protein?

A – The issue of meat consumption is – of course – not simple.  Meat brings several things into our diets. It is for example, a good source of high quality protein, but it can also be a source of fat and thus calories. If you eat a lot of processed meats you may also be eating more salt and preservatives than are healthy. Indeed the link between cancer and meat is strongest amongst those who eat a lot of processed or deli meats such as bacon and salami.

There is also a lot of unhelpful scaremongering around vegetarian diets too. The main one being that if you switch to a vegetarian or predominantly plant-based diet you will not get enough protein. And yet the World Health Organization (WHO) that in the West we now consume considerably more protein than is considered necessary or optimal for health.

» There are many compelling health and environmental reasons why we should consider eating less meat.

» Most of us eat twice as much protein as we need and studies show that in general those who eat a healthy plant-based or vegetarian diet get sufficient levels of nutrients and also protein.

» Vegetables and fruit add considerable variety to our diets, as well as essential nutrients not found in animal-based foods. A diet that includes more of this kind of variety, can improve heart health and lower the risk of other diseases such as diabetes as well as helping to lose weight.

In the US the Physician’s Committee for Responsible Medicine (PCRM) agrees that we get too much protein, around double of what we really need. It advises using the Recommended Dietary Allowance (RDA) protein formula, which is: 0.8 grams per kilogram of body weight for the average adult. To find out your average individual need, multiply your body weight in pounds by your recommended protein intake in grams.

In the West, approximately half (51%) of our protein intake comes from meat and dairy, while only 22% comes from cereals and cereal products.

So even if you cut your meat consumption by half you’d probably be OK – and certainly be healthier because you’d be reducing your protein intake to closer to optimal levels.

A few studies have compared the diets of meat eaters, with those who eat little or no meat, meat eaters and no meat and dairy to better understand differences in nutrient, and in particular protein, intake.

The Oxford-Epic study is one of the largest studies to provide comparative information on diets and nutrients. When comparing those who eat little or no meat, with meat eaters and vegans (who eat no animal foods) it showed that a diet with little or no meat diet is unlikely to cause any substantial deficit in dietary nutrients.

How much is ‘less’ meat?

There are a lot of compelling health and environmental reasons for considering eating less, but better quality meat.

When people start considering eating less meat there first question they usually ask is how much is ‘less meat’?

While there has recently been a shift from focusing on single nutrients to a more food based approach, nutritional guidelines still fall short of the kind of clear advice against which average people can use to measure – and adjust – their own intake.

The World Cancer Research Fund, makes a recommendation of an upper limit of 500g per week of beef, lamb and pork and avoidance of processed meats altogether.

Studies show the total protein requirement from plant or animal sources for a healthy 70 kg adult living in a developed country is approximately 22 kg/year which is equivalent to around 60g, or approximately 2 ounces, each day. The exact requirements depend on the individual, age and level of activity.

The healthfulness of a diet depends less on whether it contains meat and more on the food choices made within the framework of that diet. A plant-based diet has many advantages including improving heart health, and the risk of diabetes and overweight.

In this light it is worth considering the consequences of eating too much protein.

In particular, it has been proposed that it can be detrimental to kidney function.  This view is controversial, though in cases of existing kidney disease lower protein diets can slow progress of the disease.

The health impacts of different sources of protein are also influential and there are benefits of including a variety of protein sources, including vegetable protein in the diet.

In one study where 30,000 women followed for 15 years, substituting vegetable protein for animal protein resulted in a 5% lower risk of dying from heart disease. The same study also found that substituting largely refined carbohydrates for red meat or for dairy products significantly raised the risk of death by 44% and 41% respectively.  It concluded: “Long-term adherence to high-protein diets, without discrimination toward protein source, may have potentially adverse health consequences.”

The link between animal protein and diabetes has been demonstrated in other studies.

Other evidence suggests that a high rate of animal protein it the diet, compared to vegetable protein, can increase the rate of bone loss and the risk of fracture in post-menopausal women. This is thought to be because diets that are rich in animal foods and low in vegetable foods,can lead to higher blood acidity, which in turn can deplete calcium stores. This appears to become more pronounced with increased age.

Variety is the key

What all these studies reinforce is the notion that the overall balance of the diet is probably more important than the inclusion of meat of otherwise.

If a diet relies heavily on meat, for example, as a main source of protein, it can be at the expense of other nutrient-dense sources of protein that can help protect against deficiencies in other areas.

Our advice, as always, is to focus on less but better quality food. And of course on variety. As a general rule of thumb, the greater variety there is in a diet, the less likely nutrient deficiencies will be and the greater the overall benefit for your health.

Diets that include more plant-based foods and less meat are healthful and unlikely to produce nutrient deficiencies. [Photo: Bigstock]