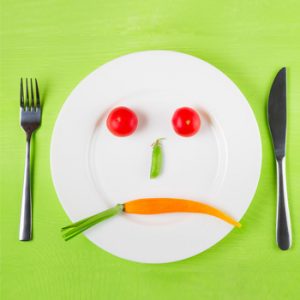 A UK-wide survey shows that nutrietn levels in the British diet have dropped over the last 8 years. [Photo: Bigstock]

Many Brits are still failing to get their 5-a-day and intakes of key nutrients, including vitamin A, riboflavin, folate, iron, calcium, iodine, potassium and zinc are on the decline according to a recent UK government report.

Public Health England’s National Diet and Nutrition Survey (NDNS) looks at trends over the course of the 9 years (from 2008 to 2017) of the rolling programme in terms of food consumption, nutrient intakes and nutritional status in the UK.

According to an analysis by the British Nutrition Foundation while there are some worrying trends, there is evidence of some positive change too including a decrease in the amount of sugary drinks consumed by children.

For a number of micronutrients including vitamin A, riboflavin, folate, iron, calcium, iodine, potassium and zinc, reductions in intakes and an increase in the proportion of people with low intakes (below the lower reference nutrient intake) were seen.  This is a potential concern although it is highlighted in the report that the NDNS captures 4 days of participants’ intake and that this does not necessarily represent sustained low intakes that could lead to negative outcomes. However, as these are essential nutrients for health the possible causes and effects of this finding may warrant further investigation.

Blood folate concentrations decreased significantly over the 9 year period and the proportion of participants with blood folate levels indicating risk of anaemia increased. There was also an increase in the proportion of women of childbearing age (16-49 years) with a red blood cell folate concentration below the threshold for an increased risk of a pregnancy being affected by a neural tube defect from around two thirds to almost 90% over the 90 years surveyed. There was little change to the status of other nutrients where status was measured; riboflavin, vitamins B12, C and D, iron or to lipid profiles.

Average blood vitamin D measures (25-hydroxy vitamin D (25-OHD)) were lowest from January to March when 19% of children aged 4-10 years, 37% of children aged 11-18 years and 29% of adults had levels below the threshold that indicates risk of deficiency (25nmol/L 25-OHD).

There were no or very small changes to either the proportion of people consuming fish or the amounts consumed, both for oily and for total fish consumption. There was a statistically significant 1 percentage point per year increase in consumption of oily fish for children aged 11-18 year old (increase by 10 percentage points between 2008/9 and 2016/17, but mean consumption remained well below recommended limits  in all age groups.

There were small reductions in red and processed meat intakes across the population although these were not always significant. The greatest yearly reductions of 3g/d were seen in boys aged 11-18 years. For all children aged 11-18 years over the nine year period there was a decline of 15g. Mean consumption of red and processed meat in adult men remained greater than 70g per day.

There were no significant changes to white meat consumption in terms of the percentages consuming white meat, or in the intake of white meat by consumers.

The biggest changes to both free sugars and sugary drinks were seen in children. Free sugars intakes (as a percentage of total energy) reduced by between 2.7 and 3.5 percentage points across the 9 year period. There were reductions in both the percentage of children who consumed sugar-sweetened soft drinks  (between 17 and 35 percentage points reduced) and the quantities consumed by those who drank them (an average yearly reduction between 3-6%).

For adults, these downward trends were also seen but the reductions were smaller and were not always significant.

There was an average decrease in total energy (calorie) intakes across the population although this was not always significant. The largest changes seen were in girls aged 4-10 years (average yearly reduction -24kcal/day) and in boys 11-18 years (average yearly reduction -29kcal/day). For other groups the decrease was less than about 12kcal per day. It’s worth noting that there may be some issues with under-reporting of energy in dietary surveys and that levels of obesity in children aged 10-11 years have continued to increase according to the latest National Child Measurement programme.

There was a downward trend in the percentage of people consuming alcohol for all groups aged 11 and over and this was statistically significant for adults aged 19-64 years (-2% per year) and for girls aged 11-18 years (-1% per year). For adults there was no decrease in the quantity of alcohol consumed by those who drank alcohol and for 11-18 year olds there was a small decrease (-0.3% per year).

While the decreases in free sugars intakes and consumption of sugary drinks are welcome there is still much that could be improved in the UK diet according to these figures, including the need to increase fruit and vegetable intakes, increase consumption of fish and dietary fibre and reduce our intakes of saturated fat. The report indicates that those on lower incomes may be more at risk of having a poorer quality diet although this was not the case for all outcomes.

A UK-wide survey shows that nutrietn levels in the British diet have dropped over the last 8 years. [Photo: Bigstock]