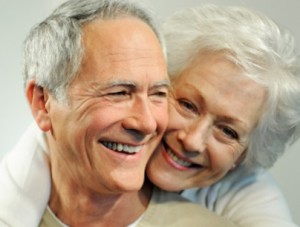 Want to live longer? Here’s how!

Life’s too short…but does it have to be?

There’s no doubt that we live in a world where lots of things – particularly environmental toxins, a poor diet and stress – can impact our health to such a degree that they are associated with illness and dying prematurely.

But the opposite is also true. There are tons of things which, research shows, you can do to extend your life as well as improve the quality of your life. Rather than looking at life as a lottery we actually have a great deal of control over how long we live. And lifestyle, according to a 2011 study of long lived individuals at the University of Gothenburg, is more important than genetics in determining how long you’ll live.

Here’s some helpful (even fun) hings you can do to stay sprightly for longer:

It doesn’t matter what you believe, but you should believe in something greater than yourself if you want to live longer. Most studies have shown that spirituality and /or religious belief are associated with better health outcomes all round, including greater longevity, better coping skills, and health-related quality of life (even during terminal illness) and less anxiety, depression, and suicide. Several studies have shown that addressing the spiritual needs of the patient may enhance recovery from illness.

You can’t choose your family, but you can choose your friends. And that may be a good thing when it comes to longevity. In a 10-year longevity study of people aged 70 and older, researchers at the Centre for Ageing Studies at Flinders University in Adelaide, Australia concluded that a network of good friends is more likely than close family relationships to increase longevity in older people.

The researchers found that those with extensive networks of good friends and confidantes outlived those with the fewest friends by 22% and that the positive effects of friendships on longevity remained regardless of other profound life changes such as the death of a spouse or other close family members.

Friendship may be supportive for all sorts of complex social reasons. But doctors also suggest that friendly feelings toward another actually enhances the production of oxytocin (the cuddle hormone) which has a calming effect on the brain and could be the secret behind friendship’s ability to prolong life.

It’s not just good for keeping your smile bright. A recent study in the Journal of Aging Research found that not flossing increased the risk of premature death in elderly people by 30%. In the same study Daily tooth brushing at night before bed also significantly decreased risk of death while using a tooth pick or mouth wash did not.

As with so many things there are differences between the sexes. A US found that women who reported a lifetime of enjoyable sex lived 4.28 years longer than those who had a more mixed experience. For men however the same study found that frequency of sex was more important than enjoyment (a finding of other studies as well). For women there’s even some suggestion that sexual dissatisfaction can be linked to a greater risk of heart disease. Some observers advise caution over such findings. For example is more sex the reason for better health, or do people in better health, simply enjoy sex more? Nobody knows the answer – so have fun trying to figure it out!

In a 2014 study British researchers found that compared to eating less than one portion of fruit and vegetables, the risk of death by any cause is reduced by 14% by eating 1-3 portions, 29% for 3-5 portions, 36% for 5-7 portions and 42% for seven or more. The effect was highest with fresh vegetables.

While both raw and cooked vegetables have numerous phytochemicals and antioxidants that make them lengthen lifespans, one nutritional review found that raw vegetables are simply more protective, especially when it comes to cancer risk. Cooking (especially boiling) can deplete up to 50% of the antioxidants in some vegetables.

A day spent sitting raises your risk of dying younger by around 20% if you are a man and 40% if you are a woman – even if you are active at other times. When sitting, your circulation slows, you burn fewer calories, your sugar metabolism stagnates, and the enzymes responsible for breaking down triglycerides switch off.  A 2012 study found that reducing your sitting time to less than three hours a day can increase your life expectancy by two years.

To promote greater movement during the workday try using a standing desk, walking when you are on the phone, leaving your snacks in the office kitchen so you have to walk to get them, using the stairs instead of the lift, walking to the next closest bus stop instead of the closest one or even scheduling meetings as a walk around the building. Even standing once an hour for 5-10 minutes can contribute to better health.

Don’t forget to include some sweat activity in your regular routine. A recent study found that those who did were 9-13 % less likely to die early than those who didn’t.

Have an (occasional) glass of wine

OK getting sloshed every day isn’t healthy, and if you have to have a glass of wine every day you maybe have a problem you need to address. But the odd glass of wine can be beneficial as part of a healthy lifestyle. Debate rages about whether it’s the antioxidant found in wine, the fact that it’s a relaxing social ritual or the fact that casual drinkers spend more time with friends (see above), but in multiple studies, enjoying up to two glasses of wine a day has been linked with reduced rates of cardiovascular disease and some cancers. A 2009 study, for example, found that men who were light wine drinkers (half a glass a day) outlived teetotallers by five years.

Don’t obsess over your weight

It may surprise you to know that the thinnest people don’t live the longest. Several studies show that as we age a higher BMI of between 25-30 is actually protective, while being underweight raises your risk of death from just about every cause. Nobody is suggesting you make pigging out your main hobby, but as long as you are active and making consistently healthy food choices (as above) when it comes to your weight, try to give yourself a break.

Studies of older adults have found that people with a positive outlook on the aging process live more than seven years longer than those who did not, while a 2012 study published in the journal Aging found that positivity and laughter are defining characteristics in people who celebrate their 100th birthday.

A recent study from Denmark found that patients with heart disease who have a positive outlook lived 42% longer than those with a negative one.