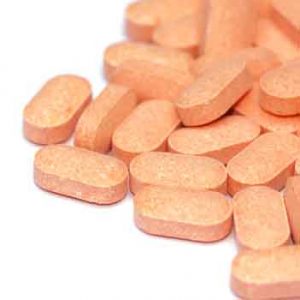 Natural Health News — Vitamin C is up to ten times more effective at stopping cancer cell growth than common pharmaceuticals according to a new study by UK scientists.

Cancer stem cells are the ‘seeds’ of new cancer cells. They are thought to be the root cause of chemotherapy resistance, leading to treatment failure in patients with advanced disease and the triggers of tumour recurrence and metastasis (regrowth).

The researchers set out to assess the bioenergetics of cancer stem cells – the processes which allow the cells to live and thrive – with a view to disrupting their metabolism. Focusing on energy-transfer, they measured the impact on cell lines in a laboratory of seven substances:

While they found that natural antibiotic actinonin and the compound FK866 were the most potent, the natural products also inhibited cancer stem cell (CSC) formation, with vitamin C, outperforming 2-DG by tenfold in terms of potency.

» In a new study researchers looked at the potential of several substances, pharmacological and natural, to stop the formation of cancer stem cells and therefore halt the progression of cancer.

» Vitamin C outperformed the conventional and experimental drugs- a discovery which the scientists say is an exciting development in cancer therapy.

Vitamin C has previously been shown to be effective as a non-toxic anti-cancer agent in studies by Nobel Prize winner Linus Pauling and was recently shown to reduce mortality by 18% on breast cancer patients in Japan.  However, its effects on CSC activity have not been previously evaluated and in this context, say the researchers, it behaves as an inhibitor of glycolysis, which fuels energy production in mitochondria, the “powerhouse” of the cell.

The study, published in Oncotarget, is the first evidence that vitamin C (ascorbic acid) can be used to target and kill cancer stem cells (CSCs), the cells responsible for fuelling fatal tumours.

Dr Michael P. Lisanti, Professor of Translational Medicine at the University of Salford, said: “We have been looking at how to target cancer stem cells with a range of natural substances including silibinin (milk thistle) and CAPE, a honey-bee derivative, but by far the most exciting are the results with Vitamin C.

“Vitamin C is cheap, natural, non-toxic and readily available so to have it as a potential weapon in the fight against cancer would be a significant step.”

Dr Gloria Bonuccelli, lead author and another member of the Salford team added: “This is further evidence that Vitamin C and other non-toxic compounds may have a role to play in the fight against cancer.

“Our results indicate it is a promising agent for clinical trials, and a as an add-on to more conventional therapies, to prevent tumour recurrence, further disease progression and metastasis.”