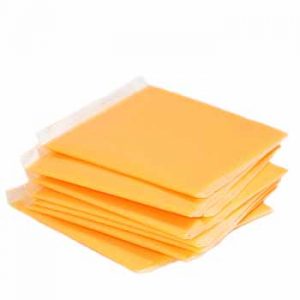 Fatty foods like cheese and sausages can absorb phthalates from their plastic packaging.

Natural Health News — There is more to weight gain than just calories. According to a new study plasitcisers, such as phthalates, migrating from packaging into our food, are also a contributing factor.

The development of overweight has many causes: in addition to bad dietary habits and a lack of exercise, genetic factors doubtlessly play a role. Certain environmental pollutants – which have been dubbed ‘chemical calories’ – can also contribute.

Phthalates are used to make plastics soft, flexible and strong. Under certain conditions, they can get into our bodies through the skin, and most importantly through our diets, where they are mainly transferred from the food packaging of fatty products such as cheese or sausages.

» Weight gain can be more complex than calories-in, calories-out. Most recently environmental chemicals have been suspected of altering metabolism to encourage weight gain.

» Plasticising chemicals such as phthalates have long been suspected of being ‘chemical calories’ that can encourage weight gain.

» German researchers have recently shown how these chemical calories affect the body – by disrupting hormones and glucose metabolism and increasing the level of unsaturated fatty acids in the blood.

They affect our hormone system and have long been suspected of having an influence on our body weight, though how they contribute to weight gain has so far been unclear.

“We currently know very little about how exactly phthalates have an effect within the body and how they can influence body weight – we intended to evaluate this in our study”, says lead researcher, Martin von Bergen, Head of the Department of Molecular Systems Biology at the Helmholtz Centre for Environmental Research (UFZ).

The results von Bergen and colleagues study published in the journal PLOS ONE  have shown that phthalates can interfere with metabolism and pave the way for weight gain.

Using an animal model the researchers found that when mice were exposed to the phthalate DEHP through drinking water they gained a substantial amount of weight. This was particularly true of the female animals. “It is evident that phthalates seriously interfere with the hormone balance. They give rise to significant changes, e.g. weight gain, even in low concentrations,” said von Bergen.

By examining substances in the animals’ blood, the scientists were able to show that the proportion of unsaturated fatty acids in the blood increased and the glucose metabolism was disrupted under the influence of phthalates.

The results  are important, says von Bergen “Because every kilo over the ideal weight increases the medical risk of cardiovascular disease, joint damage, chronic inflammation and cancer and the number of overweight people is constantly increasing all over the world.”

Fatty foods like cheese and sausages can absorb phthalates from their plastic packaging.