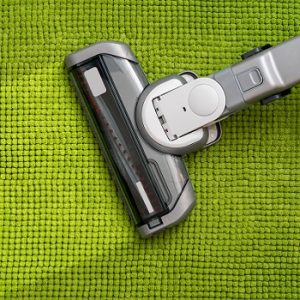 What’s behind the house dust link to obesity?

Natural Health News — Poor diet and a lack of physical activity are major contributors to the world’s obesity epidemic, but researchers have also identified common environmental pollutants that could play a role.

In a laboratory study researchers from the Duke University in the US have found that hormone-disrupting chemicals commonly found in house dust can trigger fat cells to accumulate more fat.

Hormone disrupting chemicals, also known as endocrine-disrupting chemicals, or EDCs, are substances that can interfere with or mimic the body’s hormones. EDCs, such as flame retardants, phthalates and bisphenol-A, are known for their potential negative effects on reproductive, neurological and immune functions.

Animal studies also suggest that early life exposure to some EDCs can cause weight gain later in life, and, as a result, have been called “obesogens” or “chemical calories”.

Some manufacturers have reduced the use of EDCs in products, but many are still ubiquitous in consumer goods. These wind up in indoor dust that can be inhaled, ingested, or absorbed through the skin.

» It is well known that house dust accumulates a variety of toxins such as chemicals and heavy metals. Many of these are known to trigger weight gain in animals.

» In a pioneers laboratory study researchers tested the effects of house dust on fat cells, with startling results.

» The researchers suggest that early exposure to these chemicals, via house dust, could impact children’s weigh gain, and ability to lose weight, later in life.

Concerned about the potential effects EDCs in dust might have on children’s health, researcher Heather Stapleton and colleagues wanted to see if the compounds in house dust might have an effect on fat cells.

The researchers collected samples of indoor dust from 11 homes in North Carolina and tested extracts from the samples in fat cells taken from mice. These types of cells are often used to test compounds for potential effects on the accumulation of triglycerides, a type of fat.

Extracts from seven of the 11 dust samples triggered the pre-adipocytes to develop into mature fat cells and accumulate triglycerides. Extracts from nine samples spurred the cells to divide, creating a larger pool of precursor fat cells. Only one dust sample had no effect.

Additionally, among the 44 individual common house dust contaminants tested in this model, the pesticides pyraclostrobin, the flame-retardant tert-butylphenyldiphenyl phosphate (TBPDP), and dibutyl phthalate (DBP), a commonly used plasticiser, had the strongest fat-producing effects.

This suggests that the mixture of these chemicals in house dust is promoting the accumulation of triglycerides and fat cells, the researchers say.

Amounts of dust as low as 3 micrograms – well below the mass of dust the 50 milligrams that the US Environmental Protection Agency says children consume daily – caused measurable effects. This is not unexpected. Hormone-disrupting chemicals are known to produce large effects at very small doses (just as hormones in the human body do).

For this reason the researchers also suggest that house dust is a likely exposure source of chemicals that may be able to disrupt metabolic health, particularly in children.

The study results were reported in the journal Environmental Science & Technology.