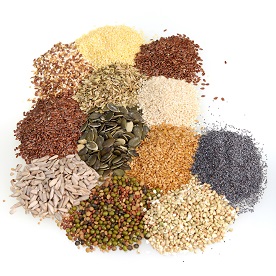 A diet that includes more wholegrains an reduce your risk of early death from heart disease, according to new research

Though most of us understand the potential of wholegrains to improve symptoms of metabolic disease (such as lowering cholesterol and improving and glucose metabolism) there are still inconsistent data regarding its effect on early death.

A study published in recently JAMA Internal Medicine set out to clarify things by analysing data from two large prospective studies (26-year-long and 24-year-long) involving 118,085 American men and women and who were free of CVD and cancer at the start of the studies. Participants were aged between 30 and 87 years.

Men and women who reported consuming more wholegrains were more likely to be physically active than the other participants, to consume less alcohol, to have healthier diets overall – and to have a history of high cholesterol. They were also less likely to be current smokers.

The findings add to the list of health benefits of whole grain by demonstrating the potential of wholegrains to extend life expectancy. They also add support to current dietary guidelines that recommend increasing consumption of whole grain for the prevention of chronic diseases.

A diet that includes more wholegrains an reduce your risk of early death from heart disease, according to new research