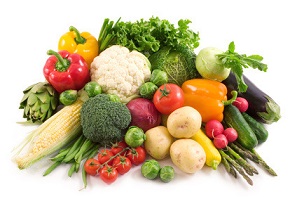 Following a low fat, plant-based diet can positively impact mood and feelings of fatigue in those with multiple slcerosis

The study, by researchers at Oregon Health & Science University (OHSU), was presented ahead of publication at the recent American Academy of Neurology’s annual meeting in Philadelphia, PA.

It investigated the effects of following a diet called the McDougall Diet, devised by John McDougall, MD which is very low in saturated fat, focuses on eating starches, fruits and vegetables and does not include meat, fish or dairy products. In this small study participants, 22 followed the McDougall Diet, and these were compared to a group of 27 who were not.

The researchers specifically looked at the diet’s effect on the most common form of MS, called relapsing-remitting MS. About 85% of people with MS have relapsing-remitting MS, characterised by clearly defined attacks of worsening neurological function followed by recovery periods when symptoms improve partially or completely.

They measured a range of MS indicators and symptoms, including brain lesions on MRI brain scans of study participants, relapse rate, disabilities caused by the disease, body weight and cholesterol levels.

But, people who followed the diet did lose significantly more weight than the control group and had significantly lower cholesterol levels. They also had higher scores on a questionnaire that measured their quality of life and overall mood and levels of fatigue.

It is, say the researchers, the first randomised-controlled trial to examine the potential benefits of the low fat diet on the management of multiple sclerosis (MS).

“This study showed the low-fat diet might offer some promising help with the fatigue that often comes with MS,” said Dennis Bourdette, MD, FAAN, chair of OHSU’s Department of Neurology, director of OHSU’s MS Center and a study co-author.

“But further study is needed, hopefully with a larger trial where we can more closely look at how the diet might help fatigue and possibly affect other symptoms of MS.”

Following a low fat, plant-based diet can positively impact mood and feelings of fatigue in those with multiple slcerosis