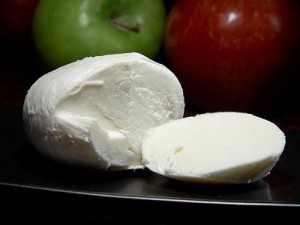 Natural Health News — Dairy is widely considered component of a healthy diet and dietary guidelines recommend the daily consumption of 2-4 portions of milk-based products such as milk, yoghurt, cheese, cream and butter.

Dairy products contain calcium and minerals which can be good for bones, but new research has shown that dairy consumption may also have beneficial effects on metabolic health and can reduce risk of metabolic diseases such as obesity and type-2 diabetes.

The aim of a recent Canadian study in the journal Applied Physiology, Nutrition, and Metabolism was to determine associations between dairy intake and specific metabolic risk factors, including height-weight ratios, plasma glucose, plasma lipid profile, inflammatory markers and blood pressure, in a healthy population.

A total of 254 participants from the greater Quebec City metropolitan area were recruited; 233 participants (105 men and 128 women) met all the eligibility criteria for the study ‒ meaning subjects had healthy metabolic profiles.

This fatty acid has been recently shown to have health-promoting effects. In this study, that trans-palmitoleic acid level in blood was related to lower blood pressure in men and women, and to lower body weight in men.

Dairy intake was also associated with lower blood glucose and blood pressure in the population studied, thought the design of the study prevented the scientists from making a definite link between dairy and these health outcomes.

You only need a little

In a different study a daily small serving of dairy food was found to reduce the risk of heart disease or stroke, even in communities where such foods have not traditionally formed part of the diet.

The sutdy which involved nearly 4000 Taiwanese people found that daily intake may not be necessary and that people only needed to eat small amounts to gain the benefits. Those who included dairy food in their diet only three to seven times a week were at lower risks of death from cardiovascular disease, especially stroke. No protective effect was seen in this study against cancer.

The optimal frequency for dairy consumption was 5 times a week and a serving was the equivalent of 8 grams of protein: i.e. a cup of milk, or 45 grams of cheese

“A little is beneficial and a lot is unnecessary,” commented lead researcher Emeritus Professor Mark Wahlqvist from Monash University’s Department of Epidemiology and Preventive Medicine and the Monash Asia Institute