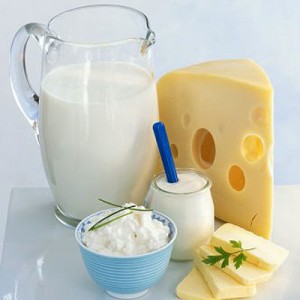 Some saturated fats could protect against diabetes

Natural Health News — Not all saturated fats are unhealthy and some, such as those found in dairy products may even have a positive impact on  type-2 diabetes.

Foods with a high proportion of animal fat – such as butter, cheese, red meat and fried foods – typically contain saturated fat, which has long been considered unhealthy, though recent studies have challenged this view.

Currently, recommendations suggest that no more than 10% of our calorie intake should be made up of saturated fats.

Although some scientists have suggested there may be a link between consumption of saturated fats and increased risk of type-2 diabetes, the association and mechanisms behind it have not been clear.

The new Europe-wide study investigated the relationship between nine different types of saturated fatty acids and the risk of developing type-2 diabetes. The results were published in the Lancet Diabetes and Endocrinology.

The study analysed blood samples taken from 12,403 people – out of a group of 340,234 European adults – who developed type-2 diabetes.

Using a new kind of high-speed blood analysis, which was developed especially for the project, the researchers were able to determine the proportions of each of the nine fatty acids in the participants’ blood samples and relate them to type-2 diabetes risk.

The researchers found that saturated fatty acids containing an even number of carbon atoms in their molecular chain – for example, 14:0, 16:0 and 18:0 – were associated with a 43% higher risk of type-2 diabetes.

But higher intake of saturated fatty acids containing an odd number of carbon atoms, such as 15:0 or 17:0 which were associated with a 30% reduced risk of developing the disease.

Not all fats are the same

“These odd-chain saturated fatty acids are well-established markers of eating dairy fats,” explains lead scientist Dr. Nita Forouhi, from the MRC Epidemiology Unit at the University of Cambridge, “which is consistent with several recent studies, including our own, that have indicated a protective effect against type-2 diabetes from eating yoghurt and other dairy products.”