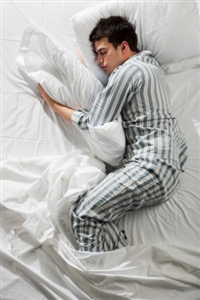 People have two types of fat tissue in their bodies: the widely reviled white fat tissue and the less familiar brown fat tissue. One of the many ill health effects of excess white fat tissue is decreased insulin sensitivity, which is a major contributor to diabetes. On the other hand, brown fat has several healthy qualities, including protection against obesity and diabetes.

Study of the biological activities of brown fat has increased in recent years and experiments with mice, for example, have shown that it takes sugar out of the bloodstream to burn calories and maintain core temperature.

The small study by researchers at the University of Texas Medical Branch (UTMB) at Galveston  suggests that, because of the brown fat’s ability to better regulate blood sugar, activating it could be a potential medical weapon against diabetes.

In a paper in the journal Diabetes, the researchers report on a study to compare otherwise similar healthy men with either high or low levels of brown fat tissue on their resting energy expenditure, glucose usage and insulin sensitivity. To do this five healthy young male volunteers were asked to sleep in climate-controlled chambers four months. The men went about their normal lives during the days, then returned at 8pm every evening.

All meals, including lunch, were provided, to keep their caloric intakes constant. They slept in hospital scrubs under light sheets.

Turn down the heat for health

Most striking, after four weeks of sleeping at 66° F (19° C), the men had almost doubled their volumes of brown fat. Their insulin sensitivity, which is affected by shifts in blood sugar, improved. The changes were slight but meaningful.

“In this study we show that, when activated via mild cold exposure, brown adipose tissue can increase energy expenditure and burn calories. This is good news for overweight and obese people,” stated lead researcher Labros Sidossis, professor of Internal Medicine, Division of Geriatric Medicine at UTMB. “Of even greater clinical significance may be the finding that brown fat can help the body regulate blood sugar more effectively. This is great news for people with insulin resistance and diabetes and suggests that brown fat may prove to be an important anti-diabetic tissue.”