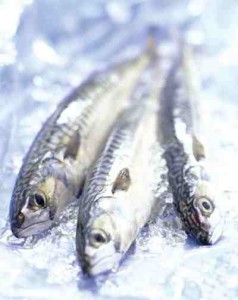 Natural Health News — Up to half of patients who suffer from Major Depressive Disorder (MDD) do not respond to treatment with antidepressant drugs known as SSRIs (Selective Serotonin Reuptake Inhibitors).

Now a group of Dutch researchers have carried out a study which shows that increasing fatty fish intake appears to increase the response rate in patients who do not respond to antidepressants. This workwas presented ahead of publication ad a recent European College of Neuropsychopharmacology congress in Berlin.

The researchers were looking at the relationship between depression and fatty acids, and various hormones, including the stress hormone cortisol. They took 70 patients with depression and compared them to 51 healthy controls, by measuring their fatty acid levels and cortisol levels.

They then gave the depressed patients 20mg of an SSRI daily for 6 weeks, and in those who did not respond to the SSRIs the dose was gradually increased up to 50mg/day. Fatty acid and cortisol levels were measured during the trial.

They found that the MDD patients who didn’t respond to the SSRI also tended to have abnormal fatty acid metabolism, so they checked the dietary habits of all those taking part in the trial.

According to lead researcher, Roel Mocking “These findings suggest that measures of fatty acid metabolism, and their association with stress hormone regulation, might be of use in the clinic as an early indicator of future antidepressant response. Moreover, fatty acid metabolism could be influenced by eating fish, which may be a way to improve antidepressant response rates.”

The researchers have now turned their attention to any potential links between fatty fish intake and drug response in patients with post-traumatic stress disorder and schizophrenia.

The link between diet, and particularly fats, and mood has long been established. Researchers have, for example, found that trans fats can lead to higher rates of aggression.

On the other hand, omega-3 fatty acid in the form of more oily fish or supplements may help relieve depression A large trial in 2010 found that supplementation was effective for people experiencing major depression without accompanying anxiety disorders.

For those who don’t eat fish, fish oil supplements may also help. Equally for those who are worried about the sustainability of contamination aspects of oily fish there are plant-based alternative sources of DHA.

In fact, fish don’t make ‘fish oil”. It builds up in their tissues and organs from a diet of fatty acid-rich algaes, seaweeds, krill and other nutritious marine foods.

Natural algae oil supplements  are a more sustainable source of long chain omega-3s than fish oil.  Whatismore, humans can convert short chain fatty acids into long chain ones and vegetarians, for example, have been shown to substantially increase their levels of DHA and EPA with algae supplements.