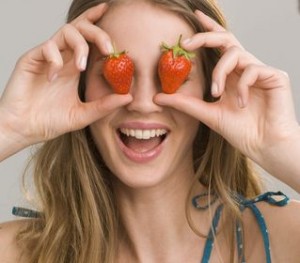 Food is better than antidepressants

Natural Health News — The concept of “mood food” may be more than just a pleasant rhyme. A recent analysis has shown that certain foods can actually lower your risk of depression.

Researchers at Oxford University assessed the data from 11 quality studies which investigated the link between diet and unipolar depression and/or depressive symptoms in adults (aged 19-97). Patients in these studies were monitored for anywhere between 2 and 13 years – plenty long enough to tell whether diet could have an impact on symptoms.

The results, reported in the Journal of Human Nutrition and Dietetics showed that the risk of depression dropped with higher intakes of folate, omega-3 fatty acids and monounsaturated fatty acids; foods such as olive oil and fish; and a diet rich in fruits, vegetables, nuts and legumes.

This analysis adds to a growing body of evidence that suggests that for some people suffering from depression food maybe better first line therapy than drugs. It’s no fluke that the foods which seemed to lower the risk of depression were wholefoods, since these foods have a high nutrient density and so may be richer in nutrients necessary to maintain a stable mood such as magnesium and B vitamins.

Deficiencies in these nutrients, either from a diet high in processed foods, or because they are declining in intensively farmed crops due to high fertiliser and pesticide use, could be one explanation for why depression is becoming so widespread in the developed world

Other studies have found similar results.

A 2010 looked at the quality of diet as it related to the development of depression. What was termed a “traditional” diet, which included fresh vegetables, fruit, beef, lamb, fish, and whole grains was associated with a 35% low risk of major depression and 32% lower risk of anxiety disorders.

In comparison a typical “western” diet of processed or fried foods, refined grains, sugary products, and beer was associated with a higher risk. A third type of diet termed a “modern” diet which was mostly plant based including fruits, salads, fish, tofu, beans, nuts yoghurt and red wine had no effect either way on the risk of depression.

In another study researchers in Britain looked at depression and diet in more than 3,000 middle-aged civil servants over the course of five years. Compared to an average diet those who ate a mostly junk food diet,  high in processed meat, chocolates, sweet desserts, fried food, refined cereals and high-fat dairy products were more 58% likely to report symptoms of depression. Those who ate a diet rich in fruits, vegetables and fish were 26% less likely to report being depressed.

A 2008 review of the data on nutritional therapies for depression found that essential vitamins, minerals, and omega-3 fatty acids are often deficient in the general population and are exceptionally deficient in patients suffering from mental disorders. According to the review daily supplements of vital nutrients often effectively reduce patients’ symptoms.

In addition supplements that contain amino acids also reduce symptoms, because they are converted to neurotransmitters that alleviate depression and other mental disorders. Based on the data, said the researchers nutritional supplements may be appropriate for controlling major depression, bipolar disorder, schizophrenia and anxiety disorders, eating disorders,

It is estimated that around bout 1 in 7 adults will become seriously depressed enough to need treating at some point in their lives. In addition to a high quality diet, there are other natural ways to approach depression such as herbs. Maintaining a healthy weight and getting regular exercise are also important in helping to keep your mood level.

Recent studies suggest that talk therapy may be as good as or better than drugs in the treatment of depression, and may be especially helpful where drugs haven’t worked, though general practitioners tend to reach for the prescription pad before referring patients to a good therapist. Try these first, or if drugs are deemed necessary as a complementary therapy for depression and anxiety.

For more on foods to boost your mood see our article, here.