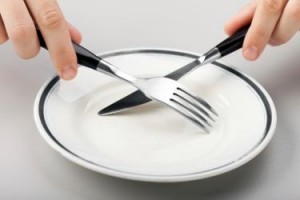 Intermittent fasting could be the best way to combat obesity

Natural Health News — New research in mice suggests that restricting access to food to 8-12 hours in the day rather than allowing constant access to food may help prevent and even reverse obesity and type-2 diabetes.

Previously, investigators led by Dr. Satchidananda Panda of the Salk Institute for Biological Studies in La Jolla, California found that such time-restricted feeding may help prevent obesity caused by high-fat diets, but they didn’t test its effects in the face of other nutritional challenges or pre-existing obesity.

In the first study, the researchers tested time-restricted feeding in mice under diverse nutritional challenges. In animals fed a variety of high-fat and high-sugar foods, the strategy could help prevent the development of metabolic problems, and the benefits were proportional to the duration of fasting in the mice.

Interestingly, the protective effects were maintained even when the mice were given “cheat days,” when time-restricted feeding was temporarily interrupted by allowing the mice free access to food during the weekends, a protocol that would seem particularly relevant to humans. Finally, time-restricted feeding halted or reversed the progression of metabolic diseases in mice with pre-existing obesity and type-2 diabetes.

“We found that animals fed within a window of 8 to 12 hours had a number of protective and therapeutic health benefits compared with animals allowed to eat the same number of calories from the same food source at any time,” said Dr. Panda.

Better for the gut

In a second study, the scientists looked at the effects of different eating patterns on bacteria that reside in the gut. These bacteria, which make up what’s known as the gut microbiome, are known to affect the body’s metabolic processes. Dr. Panda and his team found that the gut microbiome is highly dynamic, exhibiting daily cyclical fluctuations in the proportions of different bacteria.

Diet-induced obesity worsened many of these cyclical body clock bacteria fluctuations, but these were partially restored by time-restricted feeding.

For public health and patient care, a change in eating patterns could bea cost-effective first step towards prevention and treatment of obesity-related metabolic diseases.