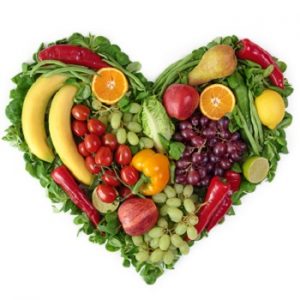 Spanish researchers have found that nutrients specific to a plant-based diet can help keep depression at bay. [Photo: Bigstock]

Fruit and vegetables protect mind as well as body

Natural Health News — Simply eating a healthy diet – with plenty of fruit, vegetables, legumes, and nuts and low in processed meats – can help preventing the onset of depression, according to new research.

The large study involving 15,093 people, and published in the journal BMC Medicine is the first time that several healthy dietary patterns and their association with the risk of depression have been analysed together.

» Spanish researchers followed a large group of people for 10 years, monitoring their risk of depression as related to assigned diets

» Results showed simply eating well – defined by more plant-based foods, but not necessarily begin vegetarian – was associated with a reduce risk of depression.

Pro-vegetarian Dietary Pattern – consuming preferentially plant-derived foods instead of animal-derived foods, but without the need to follow a strict vegetarian diet.

Participants, who were free of depression at the beginning of the study, were followed for 10 years. During that time they used a scoring system to measure their adherence to the diet type, i.e. the higher the dietary score indicated that the participant was eating a healthier diet.

Results showed that the Alternative Healthy Eating Index-2010 was associated with the greatest reduction of risk of depression but most of the effect could be explained by its similarity with the Mediterranean Diet.

Thus, common nutrients and food items such as omega-3 fatty acids, vegetables, fruits, legumes, nuts and moderate alcohol intake present in both ways of eating could be responsible for the observed reduced risk in depression.

Lead researcher Almudena Sanchez-Villegas, University of Las Palmas de Gran Canaria says, “Even a moderate adherence to these healthy dietary patterns was associated with an important reduction in the risk of developing depression.” However, the researchers saw no extra benefit when participants showed high or very high adherence to the diets suggesting that even small changes towards healthier eating make an important contribution to mental health.

Spanish researchers have found that nutrients specific to a plant-based diet can help keep depression at bay. [Photo: Bigstock]