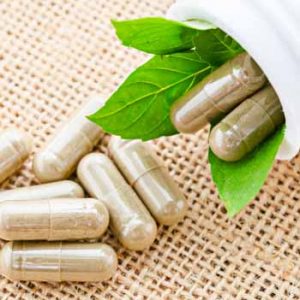 Natural Health News — Supplements containing the antioxidants epigallocatechin-3-gallate and resveratrol may help with weight control according to a new study.

The researchers recruited 38 overweight and obese people with an average age of 38 and randomly assigned them to receive a supplement with with 282 mg of EGCG and 80 mg of resveratrol per day or a placebo for 12 weeks.

Results showed that the polyphenol combination was associated with significant increases in oxidative capacity in muscle fibers, compared with placebo. Mitochondrial respiration was also found to be significantly increased following EGCG plus resveratrol supplementation.

In plain language the study, published in the American Journal of Clinical Nutrition, found that the supplements helped the body burn fat more efficiently.

» A small study has looked at the effect of a daily supplement of the polyphenols EGCG ad resveratrol in helping to control weight and improve metabolism.

» Just 12 weeks of the supplement improved mitochondrial capacity and fat oxidation in the participants, which the researchers say may play a role in long-term prevention of weight gain and preventing the worsening insulin resistance.[/article_box]

“Importantly, the improved mitochondrial capacity and fat oxidation may improve physical condition and play a role in the prevention of weight gain and the worsening of insulin resistance in the long term,” wrote researchers from Maastricht University Medical Center, DSM Nutritional Products, and Wageningen University.

Resveratrol, which is found in foods such as red grapes, raspberries, dark chocolate and some red wines, is most associated with activating Sirt1, a gene which is also activated during calorie restriction in various species, and linked to longevity.

EGCG is one of the four primary polyphenols found in fresh tea leaves, along with epigallocatechin (EGC), epicatechin gallate (ECG), and epicatechin (EC).

An earlier study from the same researchers found that short term EGCG plus resveratrol supplementation boosted energy expenditure in men, compared with placebo.

Unlike the previous study, however, no significant effects were recorded for energy expenditure, said the researchers. Nor was any effect on insulin sensitivity recorded.
But, say the researchers:

“Although no significant effects on total fat mass were apparent, we found that EGCG + resveratrol tended to decrease visceral adipose tissue mass by [approximately] 11% compared with placebo.”

Because visceral adipose tissue is known to be detrimental to metabolic health, the reductions seen in this study may be of physiologic importance over the long-term.