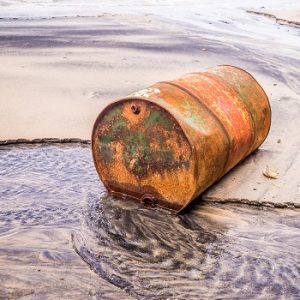 Chemicals in the environment are a real and growing type of pollution that threatens human health. [Photo: Bigstock]

Pollution is the biggest threat to our health

Pollution is responsible for 16% of all deaths worldwide and although most of these in developing countries, developed countries are not immune.

To put that figure into perspective, according to a startling new report produced by the Lancet Commission on Pollution and Health, the death toll from pollution is three times higher than deaths from AIDS, tuberculosis and malaria combined and 15 times higher than from wars and other violence.

In many parts of the world, pollution is getting worse. The types of pollution we are exposed are also changing. For example, household air and water pollution, the forms of pollution associated with profound poverty and traditional lifestyles, are slowly declining.

However, according to the report, ambient air pollution, chemical pollution, and soil pollution—the forms of pollution produced by industry, mining, electricity generation, mechanised agriculture, and petroleum-powered vehicles—are all on the rise, with the most marked increases in rapidly developing and industrialising low-income and middle-income countries.

Chemicals – a great and growing problem

» A new international report has shown that 16% of all deaths worldwide are linked to pollution in the air, water, soil and to occupational exposure to pollutants.

» In the hardest hit countries 1 in 4 premature deaths can be linked to exposure to pollution.

» While some forms of pollution, such as household air and water pollution, are getting better, chemical pollution in particular has become exponentially worse.

» The authors say making pollution prevention a high priority nationally and internationally would yield large gains in terms of human health, the environment and the economy.

It notes particularly that chemical pollution “is a great and growing problem”.

“More than 140·000 new chemicals and pesticides have been synthesised since 1950. Of these materials, the 5000 that are produced in greatest volume have become widely dispersed in the environment and are responsible for nearly universal human exposure. Fewer than half of these high-production volume chemicals have undergone any testing for safety or toxicity, and rigorous pre-market evaluation of new chemicals has become mandatory in only the past decade and in only a few high-income countries. The result is that chemicals and pesticides whose effects on human health and the environment were never examined have repeatedly been responsible for episodes of disease, death, and environmental degradation.”

It acknowledges that many rich countries either outsource their production of these toxic chemicals to poorer countries, which then suffer the burdens of pollution as a result of manufacturing. Likewise many wealthy countries get rid of “pesticides, industrial waste, and toxic chemicals that are no longer permitted in North America or the European Union” by selling them off or dumping them in poorer countries.

“This is the first global analysis of the impacts of pollution—air, water, soil, occupational—together as well as exploring the economic costs and the social injustice of pollution,” says Bruce Lanphear, a health-sciences professor at Simon Fraser University, one of 40 commissioners involved in the two-year research project.  “Pollution, which is at the root of many diseases and disorders that plague humankind, is entirely preventable.”

The report, in the journal The Lancet, features solutions and recommends how the problem can be solved. It includes examples and case studies of pollution control success. Commission findings include:

The conclusion of the report is that we must “Make pollution prevention a high priority nationally and internationally” and that to do so would yield large gains in terms of human health, the environment and the economy.

Chemicals in the environment are a real and growing type of pollution that threatens human health. [Photo: Bigstock]