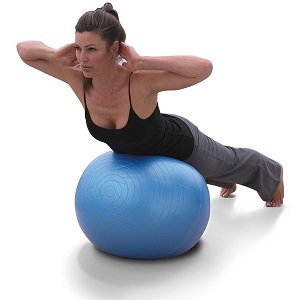 Regularly engaging in resistance training, yoga, stretching and toning can help reduce the risk of developing diabetes later in life

Try yoga to reduce diabetes risk by half

Natural Health News — If you are a woman the chance of developing type-2 diabetes can be  cut significantly with just three and a half hours of exercise a week. But the type of exercise matters.

It has long been known that aerobic exercise on its own can prevent type-2 diabetes. Likewise muscle-strengthening alone or in combination with aerobic exercise improves diabetic control among those with diabetes. In particular, studies show that men who weight train have been found to have an associated reduced risk of developing diabetes.

What is less well established is whether such an association also exists for women.Writing in the journal PLOS Medicine, Harvard researchers attempted to find out.

The goal was to determine whether their weekly time spent performing lower intensity muscular conditioning exercises (resistance exercise, yoga, stretching, toning), and aerobic moderate and vigorous physical activity reported at the beginning of the studies, and during follow-up halfway through, 2004/2005 was associated with a reduced risk of new onset of diabetes.

They found that resistance exercise and lower intensity muscular conditioning exercises were both independently associated with a reduced risk for diabetes, even after adjusting for aerobic activity and many other potential confounding factors.

The authors say the study’s findings need to be taken in context: the physical activity was self-reported by questionnaire (and therefore subjective), and the study population consisted of nurses with mostly European ancestry 9and therefore may not apply to other ethnicities).

Even so they conclude: “The findings from our study…suggest that incorporating muscle-strengthening and conditioning activities with aerobic activity according to the current recommendation for physical activity provides substantial benefit for [diabetes] prevention in women.”

Regularly engaging in resistance training, yoga, stretching and toning can help reduce the risk of developing diabetes later in life