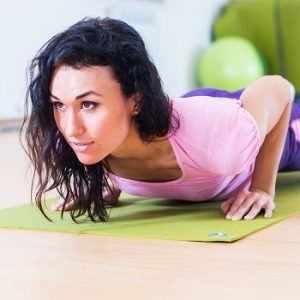 Yoga and aerobic exercise are a powerful combination for protecting the heart. [Photo: Bigstock]

Stretch or sweat – which is better for the heart?

Natural Health News — Which is better for keeping your heart healthy – yoga or aerobic exercise? The answer, according to a new study, is both.

Lifestyle interventions such as exercise have been shown to aid in reducing the risk of death and the debilitating symptoms of chronic heart disease.

Researchers in this study looked specifically at Indian yoga and aerobic training’s effect on the coronary risk factors of obese heart disease patients with type 2 diabetes.

» What they discovered is that while each was effective on its own, a combination of the two was the most effective.

» In addition to regular exercise, which most of us know about, those at risk of heart disease would benefit from learning about yoga too.

A little bit of everything

He notes that Indian yoga is a combination of whole exercise of body, mind and soul, and a common practice throughout India and adds: “Heart disease patients could benefit from learning Indian yoga and making it a routine part of daily life.”

As it is with food, it seems that when it comes to exercise a little bit of everything is the healthiest approach.

Yoga and aerobic exercise are a powerful combination for protecting the heart. [Photo: Bigstock]