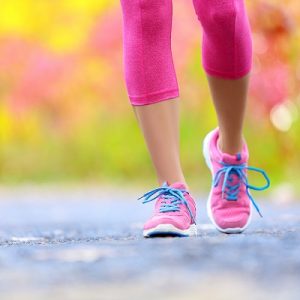 walking has a hydraulic effect on the body can help regulate blood flow to the brain. [Photo: Bigstock]

How walking benefits the brain

Natural Health News — You probably know that walking does your body good, but it’s not just your heart and muscles that benefit.

Researchers at New Mexico Highlands University (NMHU) found that the foot’s impact during walking sends pressure waves through the arteries that significantly modify and can increase the supply of blood to the brain. The research was presented at the recent APS annual meeting at Experimental Biology 2017 in Chicago.

Until recently, the blood supply to the brain (cerebral blood flow) was thought to be involuntarily regulated by the body and relatively unaffected by changes in blood pressure caused by exercise or exertion.

The researchers behind this study have previously found that the foot’s impact during running (which is around 4-5 G-forces) caused significant impact-related retrograde (backward-flowing) waves through the arteries. These sync with the heart rate and stride rate to dynamically regulate blood circulation to the brain.

» A new study has shown that walking can help regulate blood flow to the brain.

» Previously it had been thought that blood flow to the brain was regulated independently of any rise in blood pressure due to exercise.

» But the researchers found that both running and walking sends pressure waves through the arteries that significantly modify and can increase the supply of blood to the brain.

For their current work the team used non-invasive ultrasound to measure internal carotid artery blood velocity waves and arterial diameters in 12 healthy young adults during standing upright rest and steady walking (1 meter/second). This allowed them to calculate cerebral blood flow to both sides of the brain.

Although there is lighter foot impact associated with walking compared with running, walking still produces larger pressure waves in the body that significantly increase blood flow to the brain.

While the effects of walking on cerebral blood flow were less dramatic than those caused by running, they were greater than the effects seen during cycling, which involves no foot impact at all.

They add that there is a “continuum of hemodynamic effects on human brain blood flow within pedaling, walking and running” and that by increasing blood flow to the brain each of these activities can add to the overall sense of wellbeing that many people feel when doing thees activities.

“What is surprising is that it took so long for us to finally measure these obvious hydraulic effects on cerebral blood flow,” comments first author Ernest Greene.

walking has a hydraulic effect on the body can help regulate blood flow to the brain. [Photo: Bigstock]