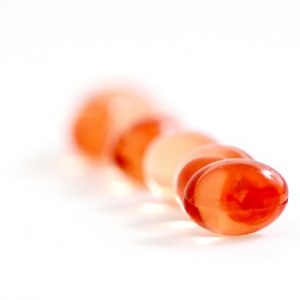 Natural Health News — Regular long-term supplementation with carotenoids can lead to measurable improvement in eye health, according to new research.

Carotenoids are a family of more than 600 naturally occurring pigments produced by plants, algae, and photosynthetic bacteria. These richly coloured molecules are the sources of the yellow, orange, and red colours of many plants. Beta carotene, which is a precursor of vitamin is one of the most well-known carotenoids, but there are others know specifically to benefit eye health

The Irish researchers looked at what are collectively known as ‘macular carotenoids – lutein, zeaxanthine and meso-zeaxanthin – in various combinations to see if there was a particular mix that worked better than others.

» Types of carotenoids collectively known as ‘macular carotenoids – lutein, zeaxanthin and meso-zeaxanthin – are necessary to eye health – and become more important as we age.

» What has not been clear is whether some macular carotenoids are more effective than others.

» The current study found that in all combinations these nutrients helped improve eye health, but that the addition of meso-zeaxanthin produced significant effects on both macular health and contrast sensitivity – but only if taken regularly for a sustained period of 3 years.

Different formulations of these macular carotenoids were tested in 67 people with early age-related macular degeneration (AMD) and to the researchers surprise all of the combinations significantly improved macular pigment in the participants.

But some difference were observed.

What is the macula?

The macula is a yellow spot of about five millimetres diameter on the retina. As we age, levels of the pigments in the macula decrease naturally, thereby increasing the risk of age-related macular degeneration (AMD). The yellow colour is due to the content of the carotenoids lutein and zeaxanthin, which we derive from the diet.

These compounds are the only carotenoids capable of filtering the harmful blue light than can damage the light receptor cells in the eye, the rods and the cones.

A previous study from the same group also looked at the benefits of these three nutrients. This too concluded that a combination of lutein, zeaxanthin and meso-zeaxanthin may be needed to boost retinal levels and support eye health

The new study adds to this earlier data by showing that continuous supplementation for three years in people with early AMD not only improved the health of the macular pigment, but also improved the contrast sensitivity of the participants.

According to the scientists, an important and novel finding of the current study is the importance of sustained supplementation over a 3 year period to produce significant improvements.