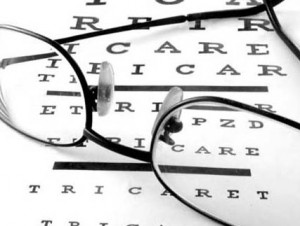 Measures to protect your eyesight should begin when you are young

Natural Health News — A physically active lifestyle – and the occasional tipple – are associated with a reduced risk of poor vision as we age, according to new research.

Visual impairment – sight loss often caused by eye disease, trauma, or a congenital or degenerative condition that cannot be corrected with glasses or contact lenses – is associated with a poorer quality of life and, when severe, loss of independence.

To help determine ways to decrease the growing burden of visual impairment, researchers from the University of Wisconsin School of Medicine and Public Health examined the relationships between the incidence of visual impairment and three modifiable lifestyle behaviours: smoking, drinking alcohol and staying physically active.

The research, published in the journal Opthalmology was conducted as part of the Beaver Dam Eye Study, a long-term population-based cohort study from 1988 to 2013 of nearly 5,000 adults aged 43 to 84 years.

The researchers found that two of the behaviours studied were protective:

The authors don’t specify what kind or ‘drinking’ – but previous evidence suggests a protective role for the antioxidant resverarol, found in red wine.

Likewise it seems the combination of being physically active and allowing yourself the occasional drink was most protective.

Over a period of 20 years, the incidence of VI in those who drank occasionally and were physically active was 5.9% compared with 25.8% in women who had not consumed alcoholic beverages over the past year and were sedentary.

Heavy drinkers and smokers compared to people who never drank heavily and never smoked, has a small increase in risk for developing visual impairment.

“While age is usually one of the most strongly associated factors for many eye diseases that cause visual impairment, it is a factor we cannot change,” said Ronald Klein, M.D., MPH, lead researcher of the study.

“Lifestyle behaviours like smoking, drinking and physical activity, however, can be altered. So, it’s promising, in terms of possible prevention, that these behaviours are associated with developing visual impairment over the long term. However, further research is needed to determine whether modifying these behaviours will in fact lead to a direct reduction in vision loss.”

It is estimated that by 2020, the number of people in the United States with visual impairment is projected to increase to at least four million. This is a 70% increase from 2000 and is due to the growing ageing population and prevalence of age-related eye diseases.

Visual impairment – sight loss often caused by eye disease, trauma, or a congenital or degenerative condition that cannot be corrected with glasses or contact lenses – is associated with a poorer quality of life and, when severe, loss of independence. It develops slowly over may years most estimates suggest that around 50% of sight loss can be avoided by taking proactive steps early in life to protect it.

See our article Seeing the benefits – protecting your vision for more practical suggestions.

Measures to protect your eyesight should begin when you are young