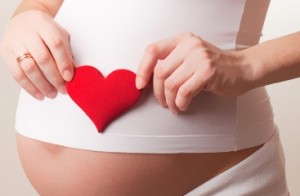 Cholesterol isn't just bad for your heart, it could stop you getting pregnant as well

Natural Health News – High cholesterol levels could impair fertility, making it harder for couples to conceive, according to a new study.

Cholesterol is a waxy, fat-like substance found in all cells of the body. We need cholesterol to make a number of substances, including hormones and vitamin D. While high blood cholesterol levels typically do not cause any signs or symptoms, they can increase the chances for heart disease.

The researchers were investigating the theory that blood cholesterol might be related to fertility as the body uses cholesterol to manufacture sex hormones like testosterone and estrogen.

The study findings were published online in the Journal of Clinical Endocrinology and Metabolism.

For the current analysis, the researchers studied couples who were not being treated for infertility but who were trying to conceive a child. The researchers enrolled 501 couples from four counties in Michigan and 12 counties in Texas from 2005 to 2009.

Get cholesterol under control if you want to get pregnant

The researchers found that on average, those couples in which the woman did not become pregnant during the study duration had the highest free cholesterol levels.

“In addition to safeguarding their health, our results suggest that couples wishing to achieve pregnancy could improve their chances by first ensuring that their cholesterol levels are in an acceptable range.”

Cholesterol isn't just bad for your heart, it could stop you getting pregnant as well