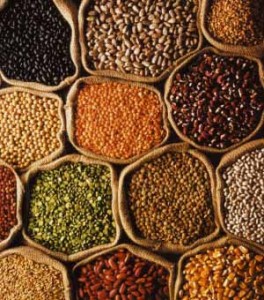 This week’s headlines are suggesting that even healthy people should be taking statins as a preventive measure to lower cholesterol and prevent heart disease.

In spite of the media frenzy, this view doesn’t represent a consensus of medical opinion – merely the opinion of the authors of a particular study, which was published this week in the Lancet.

Most people would agree that giving healthy people any medicine ‘just in case’ is foolish and in the UK NHS prescriptions of the drugs are restricted to patients judged to have at least a 20% risk of a “major vascular event” – non-fatal heart attack, stroke, or surgery to bypass or unblock damaged arteries – within the next 10 years.

What’s the fuss about?

In 2008 a major study called JUPITER (Justification for the Use of Statins in Primary Prevention) appeared in the the New England Journal of Medicine concluded that given to healthy people who might be at risk statins reduced the risk of a major coronary event by around 44%.

Two years later another review in the Archives of Internal Medicine challenged the findings of the JUPITER trial but also highlighted the fact nine of 14 authors of the JUPITER article had financial relationships with AstraZeneca, maker of the popular statin Crestor, which sponsored the trial.

Only last year the prestigious Cochrane Collaboration reviewed 14 high quality trials on statins and  concluded that there is not enough evidence to recommend the widespread use of statins in the primary prevention of heart disease. Another meta-analysis published around the same time concluded the same thing, though a third review of the evidence disagreed.

In the UK around 7 million people are taking statin drugs to reduce their LDL cholesterol. In the US the figure is a staggering 38 million.  As with most medications, there are side-effects associated with statin use, including increased risks of moderate or serious liver dysfunction, acute renal failure, moderate or serious myopathy, and cataracts.

Of these myopathy,the symptoms of which include unpleasant muscle tenderness, weakness and pain, is one of the most common.

Alarmingly, a paper published in the journal Angiology in July 2011 suggests that this ‘significant problem’ is currently being ignored by clinicians and given ‘no emphasis’ by clinical investigators.

The paper estimated that 10.5% of statin users suffer from statin-related myopathy with pain strong enough to force many people to stop their medication.

In 2009, a study in the BMJ of statin users aged 30 to 84 found that some statin users were six times more likely to suffer muscle damage, such as myopathy, as well as a host of other serious conditions including insomnia, constipation, headaches, loss of appetite and nerve pain in the hands and feet.

The worried well but also the worried unwell may not be in possession of all the facts when they are offered statins and may not be making an informed choice.

So in the face of what can only be described as medical uncertainty what are the natural alternatives? Not surprisingly they begin with your diet.

After just six months on a diet that emphasised soluble fibre, nuts, soya protein and plant sterols, LDL levels dropped an average of 13% to 14% in the “portfolio” group, compared with 3% in the low fat diet.

So here’s what you need to know:

Increasing dietary fibre  can significantly reduce LDL cholesterol, or bad cholesterol. A good way to do this is to reduce your meat intake and make your diet more ‘plant-based’ .

Alternative sources of protein. Try substituting soybeans or soya protein found in tofu, tempeh, soya milk, soya yoghurt, edamame, soya nuts, and many other food products made from soybeans for other proteins. Aim for around42.8 grams per day from food like these (four ounces of tofu contains 9.4 grams of soy protein; eight ounces of regular soya milk contains six grams of soya protein)

But if you don’t like soya foods don’t despair. Most of us in the West are taking in nearly twice the amount of protein we need to stay healthy so simply cutting back on red and preserved/deli meats is unlikely to be harmful and could benefit your health enormously.

Eat more nuts. There are plenty of studies to show that nut eaters reap real benefits since nuts contain protein, fibre and healthy fats. In a one recent study adult nut-eaters also had a 19% decreased risk of hypertension and a 21% decreased risk of low high-density lipoprotein (HDL-the good cholesterol) levels – both risk factors for metabolic syndrome and heart disease. Aim for an ounce – or a handful – a day.

Plant power. Plant foods also naturally contain phytosterols (plant sterol and stanol esters) which may help lower cholesterol. You can also get them in special margarines and other foods to which they have been added though some observers worry that relying on these means we may get too high a dose of substances that are essentially plant estrogens. If you can get low but regular levels through a varied diet this may be your best option.

Dietary fibre, soybeans, nuts and phytosterols decrease cholesterol levels by different mechanisms. Therefore, it is not surprising that the combined dietary intake of these foods and other plant substances, along with a low intake of saturated fats, is more effective at reducing cholesterol levels than each individual substance alone. Indeed, studies show that this kind of dietary diversity is the basis of good health and disease prevention.

In addition to these dietary basics try these:

Everyday herbs. The results of several studies suggest fenugreek seeds and leaves, artichoke leaf extract, yarrow, and holy basil all may help lower cholesterol. These and other commonly used herbs and spices – including ginger, turmeric and garlic, and cinnamon and rosemary – have potential beneficial effects.

Garlic. According to some studies, garlic may decrease blood levels of total cholesterol by a few percentage points. Other studies, however, suggest that it may not be as beneficial as once thought. It may be most effective as part of a cholesterol lowering dietary regime that includes other healthy elements.

Cholesterol lowering drugs effectively block the synthesis of LDL cholesterol, but at the same time it is thought that they disrupt the body’s synthesis of coenzyme Q10 (Co-Q10), thereby increasing the risk of muscle weakness and liver dysfunction.

Co-Q10 is an essential component of the energy production within every single cell of the body. Think of it as the ‘spark plug’ which enables all cells to function. It is especially important in those cells that consume huge amounts of energy, such as the heart and other muscles.

A deficiency may lead to an impairment of muscle energy metabolism and contribute to the development of the kind of myopathy and muscle symptoms experienced by statin users.

But Co-Q10 may also be able to reduce cholesterol levels in their own right. A German study published in January 2011 found that 150mg per day of the reduced form of Co-Q10 called ubiquinol, reduces LDL cholesterol by at least 15% in humans.

Another option is red yeast rice (the extract of which gives Peking duck its red colour). This naturally contains several ingredients that may help control cholesterol levels. These include a number of monacolins, most importantly monacolin K (lovastatin). It also contains sterols, isoflavones, and monounsaturated fatty acids, or “healthy fats.”

Red yeast rice supplements can lower LDL, or bad cholesterol, levels by more than 20% without a substantial risk of muscle pain (also known as myalgia), according to a 2009 study  in the Annals of Internal Medicine. Legal wrangles over whether it is a drug or a supplement in the US, however, have resulted in the removal of the lovastatin content of red yeast rice supplements – and as a result supplements currently on the market can vary enormously in their quality. Supplements are available in the UK and online.