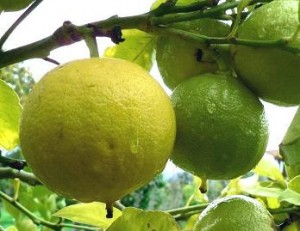 The bergamot orange, which is naturally yellow-green in colour, produces a distinctive aromatic oil, used to flavour Earl Grey tea

Could a cup of Earl Grey help fight heart disease?

The Italian researchers say that the extract from the fruit of this unique member of the citrus family, contains enzymes known as HMGF (hydroxy methyl glutaryl flavonones), bioactive compounds that can attack proteins in the body known to contribute to cardiovascular disease.

What is more, according to the study, the bergamot extract  could even be as effective as statins, the conventinal medicines used to lower the level of cholesterol in the blood.

Writing in the  in the Journal of Functional Foods, the authors also note that HMGF was also found to increase levels of high-density lipoproteins (HDL) or ‘good’ cholesterol.

Say the authors: “High cholesterol is a common health concern for us all and often statins are given to help treat the condition. Extract from bergamot … reduced total cholesterol and LDL levels but there was an increase in HDL levels (‘good’ cholesterol). Therefore a daily supplement of bergamot fruit extract could be very effective for the treatment of high cholesterol.”

Around 80% of all bergamot is grown in Calabria, in southern Italy. The juice of the fruit is a traditional Calabrian remedy for malaria, and its essential oil, expressed from the rind of the fruit, is popular in aromatherapy and also gives Earl Grey tea its unique aroma and flavour.

Extracts from the fruit have also traditionally been used to treat wounds, inflammation and as an antiseptic.

This is not the first study to show heart healthy effects from bergamot.

Animal studies have shown that the extract has an cholesterol lowering effect. Last year research led by the University Magna Graecia in southern Italy and published in the International Journal of Cardiology, also found that bergamot extract could enhance the effect of statins.

Other evidence has shown that drinking black tea is also heart healthy. In one study sponsored by the United States Department of Agriculture’s (USDA) Agricultural Research Service,  black tea can lower levels of low-density lipoprotein (LDL, or ‘bad’ cholesterol) in just three weeks.

So in addition to other heart healthy behaviours, having a regular cup of Earl Grey tea could end up being both delicious and medicinal.

The bergamot orange, which is naturally yellow-green in colour, produces a distinctive aromatic oil, used to flavour Earl Grey tea