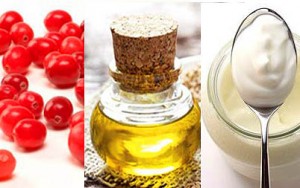 For lowering BP, yoghurt, cranberries and rice bran oil are the natural heroes

Natural Health News — Three natural foods have come up trumps when it comes to lowering blood pressure and protecting the heart.

In the first relatively small amounts of yoghurt each day were found to have a big effect.

In a 14-year-long observational study scientists looked at a group of 2,197 adults who did not have high blood pressure at the beginning of their study.

But those with the highest intake of yoghurt were 31% less likely to develop hypertension even after allowing for social and lifestyle factors that might contribute to lower blood pressure. A high intake for the purposes of this study equated to getting more than 2% of their daily calories from yoghurt, or having at least one 175 g (6 oz)  of low-fat yoghurt every three days – an easy amount to incorporate into your diet.

They key, say researchers is that healthy yoghurt should replace other less healthy foods in the diet, not simply be treated as an add on. Yoghurt is rich in calcium which  may help lower blood pressure by keeping arteries elastic. Dietary sources of calcium are considered heart protective, while supplements have proved more controversial (for suggestions of other calcium-rich foods see here).

In a second study, researchers from the US Department of Agriculture,  gave low-calorie cranberry juice or a colour/flavour/calorie-matched placebo beverage to 56 adult volunteers, as part of a controlled diet, over and 8 week period.

Cranberries are rich in potassium and antioxidants which may account for their beneficial effect on blood pressure.

Finally Japanese researchers studied 300 hypertensive patients in New Delhi, India, randomly allocating them to one of three treatment groups: the calcium-channel blocker (CCB) nifedipine 30 mg/day; 35 g/day of a blend of sesame and rice-bran oil; or nifedipine plus sesame-oil blend for 60 days.

However the combination of nifedipine and the oil blend resulted in such a remarkable drop in blood pressure that the dose of nifedipine had to be reduced.

In addition those using the oil blend experienced a 26% fall in unhealthy LDL and a 9.5% increase in healthy HDL cholesterol.

This is, according to the researchers the first time that dietary interventions with blends of sesame and rice-bran oils have been proven to lower blood pressure and cholesterol in hypertensive individuals.

Rice bran oil contains a special antioxidant y-oryzanol, and is rich in phytosterols (plant hormones) and vitamin E all of which can help lower cholesterol and also prevent the damage caused to the arteries by free radicals. Sesame oil is also rich in antioxidants and polyunsaturated fats as well as sesamin,  a type of phytoestrogen which has been shown to lower cholesterol.