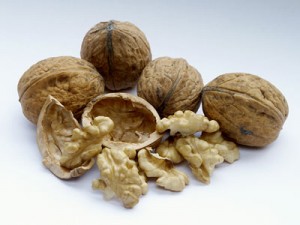 If you are a woman at risk of diabetes, including more walnuts in your diet can help [Image: wutu - Moreguefile]

Natural Health News — Eating walnuts two or three times a week may reduce the risk of type-2 diabetes by almost a quarter, according to a new study.

Scientists at the Harvard School of Public Health tracked nearly 140,000 female nurses, ages 35–77, over a 10-year period to see how many developed type-2 diabetes. Their dietary habits were closely monitored, including details on how often they ate nuts, particularly walnuts.

In this study, 28 g equalled one serving. The researchers concluded: “These results suggest higher walnut consumption is associated with a significantly lower risk of type-2 diabetes in women.”

Although previous research has also shown the anti-diabetic effects of walnuts, the new study is believed to be one of the largest to find that regularly snacking on them can help prevent the condition.

But it’s not just walnuts that bring benefits. For example in a 2011 study in the journal Diabetes Care, researchers found that consuming two ounces of nuts daily as a replacement for carbohydrates proved effective at glycaemic and serum lipid control for people with type-2 diabetes.

They wrote: “Mixed, unsalted, raw, or dry-roasted nuts have benefits for both blood glucose control and blood lipids and may be used as part of a strategy to improve diabetes control without weight gain”.

If you are a woman at risk of diabetes, including more walnuts in your diet can help [Image: wutu - Moreguefile]