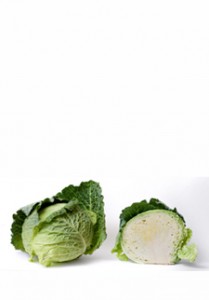 Plant food nutrient levels vary according to cycles of light and dark, even after being harvested [Image: Wikimedia Commons]

Nutrient levels in stored vegetables vary by time of day

Natural Health News — We all know that long storage times can affect the nutritional quality of our food. But new research suggests that it’s not just linear time that is influential.

Vegetables have a cyclical internal clock that keeps ticking post harvest, say researchers at Rice University in Texas, and learning to work with this could actually boost the nutritional value of stored foods.

“Vegetables and fruits don’t die the moment they are harvested,” said lead researcher Janet Braam, professor and chair of Rice’s Department of Biochemistry and Cell Biology. “They respond to their environment for days, and we found we could use light to coax them to make more cancer-fighting antioxidants at certain times of day.”

In a study published in the journal Current Biology, Braam and colleagues report on an experiment that simulated day-night cycles of light and dark to control the internal clocks of fruits and vegetables, including cabbage, carrots, squash and blueberries.

The scientists found that even after harvesting, food crops continue to be affected by the same circadian rhythms (an organism’s response to light changes over a 24 hour period) as they do when growing. This response includes the build up (and loss) of herbivore resistant chemicals, and some nutritional chemicals.

These herbivore resistant chemicals are what we call antioxidants – such as polyphenols and flavonoids – which in growing plants are a natural natural defence against insect attack.

The team began their research by attempting to “entrain” the clocks of shop bought cabbages using controlled lighting in a sealed chamber that provided a regulated cycle of 12 hours of light followed by 12 hours of darkness. This kind of entrainment is similar to the process we might use to rest their own internal clocks when suffering from jet lag.

After several cycles, the team looked at the variable chemical profile as well as the plant’s vulnerability to attack by cabbage looper moth caterpillars. The experiments showed that the production of anti-insect metabolites varied according to the time of day.

One of these,  glucoraphanin, or 4-MSO, helps stimulate the body’s antioxidant system and is a known anti-cancer compound that has been previously studied in broccoli and other vegetables. In this study levels of 4-MSO varied by two to three fold with the day/light cycle, peaking between 4 and 8 hours into the ‘day’.

Plants whose circadian rhythms were out of sync with those of the caterpillar were less vulnerable to attack – a finding that mirrors that of the team’s 2012 study, which showed that plants make good use of internal circadian rhythms to produce chemicals that ward off attacks from hungry insects.

This pattern was evident until around a week after harvest, and even when the plants were refrigerated to 4°C (though the total levels of glucosinolates – the family of compounds to which 4-MOS belongs – were lower in refrigerated vegetables).

Following the success with cabbage,they expanded their work to include look at spinach, lettuce, courgette (zucchini), carrots, sweet potatoes and blueberries finding the same results with each.

“We were able to entrain each of them, even the root vegetables,” said co-author Danielle Goodspeed. The researchers say their findings suggest that storing fruits and vegetables in dark trucks, boxes and refrigerators may reduce their ability to keep daily rhythms.

“We cannot yet say whether all-dark or all-light conditions shorten the shelf life of fruits and vegetables,” Braam said. “What we have shown is that keeping the internal clock ticking is advantageous with respect to insect resistance and could also yield health benefits.”

“It’s exciting to think that we may be able to boost the health benefits of our produce simply by changing the way we store it,” Goodspeed added.

Plant food nutrient levels vary according to cycles of light and dark, even after being harvested [Image: Wikimedia Commons]