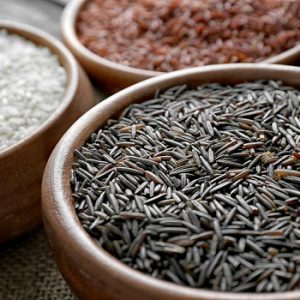 Not all processing has an equally detrimental effect on the nutritional quality of rice, according to new research. [Photo: Bigstock]

Natural Health News — If you want to get the best nutrition from your rice, you need to eat it as close to natural as possible

New evidence shows that processing rice, for instance polishing to remove the husk, but parboiling it to make it quicker for consumers to cook, significantly reduces its nutritional benefits.

As a cereal grain, rice is the most widely consumed staple food for a large part of the world’s human population, and it is mainly consumed as polished rice. This polishing process is performed on the rice so consumers can benefit from improved physical, sensory and shelf life properties. This process removes the bran and the germ, and is thought to be detrimental to the nutritional qualities of rice as the bran layers are rich in proteins, vitamins and fat, whilst the germ is mainly fat.

» But, researchers asked, what effects did the processing the produced white rice – polishing – to remove the bran – and parboiling to help preserve it and make it quicker to cook have on nutritional quality.

» Of the two processes polishing appeared to be the most damaging, removing protein, healthy fats, and antioxidants from the finished grain. Parboiling appeared to preserve at least some of these benefits.

A common secondary processing technique is parboiling, in which the rice is soaked, steamed and dried. Parboiling ca increase the storage life of rice and make it quicker to cook. when cooked parboiled rice tends to be firmer and less sticky.

A new in the journal Food Science looked at the processing of specific black and red pigmented strains of rice grains (Oryza sativa L.),

These varieties contain healthful phenolic compounds distributed in their bran layers. Phenolics compounds have been shown to promote several health benefits for consumers, including antioxidant, anticancer, antiallergic, anti-inflammatory, as well as being heart healthy and having anti-diabetic effects. Most recently they have also been shown to be important for gut health.

In this study researchers found that processing – which is mainly done for aesthetic reasons, caused several significant losses in nutritional quality:

But say the researchers, there were some pluses from processing. Parboiling did not seem to have a negative effect on protein or phenolic compounds (and even allowed the partial preservation of some types of phenolics in black and red rice) and reduced cooking time for both black and red rice types.

Not all processing has an equally detrimental effect on the nutritional quality of rice, according to new research. [Photo: Bigstock]