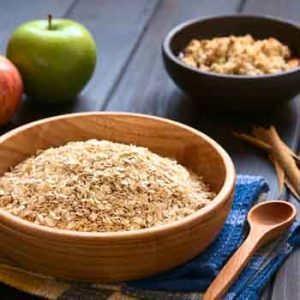 Food synergy is when foods work together to enhance the availability of nutrients. [Photo: Bigstock]

Natural Health News — Want to get the most nutrition out of every bite-full of food? New research suggests that paying attention to ‘food synergy’ could hold the key.

According to researchers from the National Institute of Nutrition in India, a greater focus should be placed on enhancing the bioavailability of key nutrients in foods by focusing on synergies. This, they say, could be of real benefit in the fight against malnutrition.

In particular, the researchers warn that a better understanding of bioavailability is ‘essential’ in populations that have a diet primarily dependent on plant based foods (which is most countries outside of the developed West).

The team, led by K. Madhavan Nair, argue that in order to gain a fully balanced diet, and fight widespread issues of malnutrition, the use of food synergies – in which certain foods or nutrients increase the bioavailability of others – is vital.

“The potential implications of such a food synergy in a habitual diet are large, in terms of improving micronutrient status at individual and population level,” Nair and colleagues write.

» The concept of food synergy – n which certain foods or nutrients increase the bioavailability of others – is relatively new in scientific circles, though nutritionists have long worked along this basis.

» A new review by Indian scientists suggest that bringing the concept of food synergies to the fore may be a key way to fight malnutrition, especially in cultures where plant based-diets are the norm.

» They suggest that we need less cumbersome methods for determining food synergy need to be developed in order to really get to grips with how foods work together.

What the research shows

In the review, published in the journal Food Chemistry, the team summarised the current research showing that the inclusion of certain foods can increase uptake and bioavailability of others.

“Due to the low bioavailabilities reported for iron, provitamin A, vitamin D and zinc, it is imperative to explore beneficial food synergies to enhance and if possible, overcome the factors which negatively affect bioavailability from plant based diets,” they said.

They cited strong evidence for including vitamin C rich foods and non-vegetarian foods in enhancing the bioavailability of iron. For example, stable isotope studies done in adolescents have shown the inclusion of 100g of guava (which is high in vitamin C) in a habitual meal doubled iron absorption.

For other micronutrients, they noted that fat has been found to be synergistic for vitamin A absorption, while red wine and protein have been suggested for zinc absorption and effect of fat has been touted as a way to influence vitamin D bioavailability.

According to the authors, designing diets around evidence based food synergies not only requires a detailed understanding the physiology of digestion, absorption and the interactions of micronutrients, it may also require more robust standardised testing methods for measuring synergy and bioavailability.

“Techniques of measuring bioavailability are cumbersome but an integral part of efforts to enhance bioavailability of iron, zinc and vitamin A,” they noted. “Using these techniques several food synergies have been identified but rely on the context for its efficacy. Efforts therefore need to revolve around standardisation of food synergy as a strategy for reducing micronutrient under nutrition in countries dependent on plant foods.”

The study supports the idea that food as a whole, as opposed to specific nutrients, may be key to having a healthy diet.

They researchers add that food based strategies including the food synergies envisaged for enhancing micronutrient bioavailability are “a promise for future as a sustainable solution to micronutrient deficiency in population subsisting on plant based diets.”

Food synergy is when foods work together to enhance the availability of nutrients. [Photo: Bigstock]