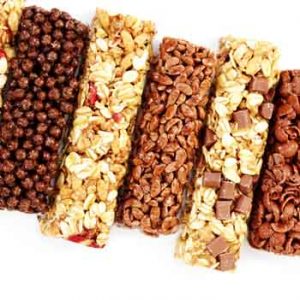 Even so-called 'healthy ' food choices can be loaded with sugar. [Photo: Bigstock]

Natural Health News – A shocking new analysis from Canada shows how ubiquitous added sugar is in processed and packaged foods.

The researchers analysed of over 40,000 commonly available packaged foods and beverages and found that 66% – including some infant formulas and baby food products and many so-called ‘healthier’ foods such as yogurt, juice, breakfast cereals, and snack bars – have at least one type of added sugar in their ingredients list.

“People may be surprised to learn how many packaged foods and beverages have sugars added to them, especially foods that most would consider ‘healthier,'” says Dr. Erin Hobin, a scientist in Public Health Ontario’s health promotion, chronic disease and injury prevention division and an author on the paper.”

» Canadian, US and international groups recommend limiting intake of added sugars to a maximum of 5-10% of calories consumed, though many of us consume more than that.

» A new analysis of more than 40,000 foods commonly available in Canadian supermarkets found that 66% of them had one or more added sugars.

» It wasn’t just junk food that contained added sugars, say the researchers; many so called healthy foods like granola bars or yoghurt were also full of added sugar.

Many types of sugar

Writing in the journal CMAJ Open, the researchers from Public Health Ontario (PHO) and the University of Waterloo say they searched for 30 different added sugar terms – everything from ‘sugar’ to dextrose, high-fructose corn syrup, glucose, fructose and fruit juice concentrate.

The term ‘added sugars’ was defined as all sugars added to foods by the manufacturer plus the sugars naturally present in honey, syrups and fruit juices. These naturally-occurring sugars are considered ‘added sugars’ in this study because fibre slows down the absorption of sugar, and the fibre is removed during processing (e.g., fruit juices) or is never present in these types of foods (e.g., honey).

Most of them ‘hidden’

The variety of names for added sugars makes them particularity difficult to spot for all but the most dedicated label readers. Hiding them in plain sight, behind an alphabet soup of different names means many of us never really know how much added sugar is in our food.

And yet, added sugars are particularly concerning because they tend to be consumed in much larger quantities than naturally-occurring sugars found in foods such as bananas or a glass of milk. Added sugars can also be added to foods and beverages that normally contain little, if any, sugars.

Eating and drinking excess amounts of sugars are associated with a variety of health problems.

A snapshot of the sugar problem

For Canadians the survey  provides a baseline snapshot of the added sugars in packaged products commonly found in grocery stores. But, because many of the foods surveyed are produced by multinational corporations selling products all over the world, the study also gives an hint of what the added sugar picture looks like in other developed countries as well.

A number of health organisations including the World Health Organization, United States Dietary Guidelines Committee, the UK Scientific Advisory Committee on Nutrition, and the Heart and Stroke Foundation of Canada have all recently recommended limiting intakes of added sugars to a maximum of 5-10% of daily calories consumed. Many of us consume more than that.

“The number of products that contained added sugars was surprisingly high, particularly for beverages and baby foods,” says Dr. David Hammond, of the University of Waterloo’s School of Public Health and Health Systems and senior author on the research paper.

Even so-called 'healthy ' food choices can be loaded with sugar. [Photo: Bigstock]