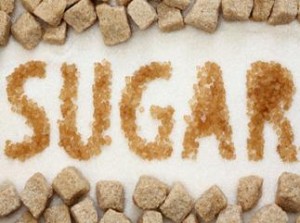 Natural Health News — There are sugars that occur naturally in foods, and then there the sugar added in processing or preparing of foods, especially convenience and ‘junk’ foods.

It’s these added sugars, say scientists, that are contributing significantly to a range of health risks including heart disease and diabetes.

In a new study published by JAMA Internal Medicine, US researchers set out to discover what link, if any, there was between added sugar consumption and the risk of death from cardiovascular disease (CVD).

Recommendations for added sugar consumption vary and even though there is plenty of evidence to shown it is harmful, there is no universally accepted healthy upper limit for consumption for adults.

For example, the Institute of Medicine recommends that added sugar make up less than 25% of total calories while the World Health Organization recommends less than 10% (also the recommendation in the UK).

Many people are unaware of just how much sugar is added to foods. A can of regular soda, for example, contains about 35g of sugar (about 140 calories).

To find out more, Quanhe Yang, Ph.D., of the Centers for Disease Control and Prevention, Atlanta, and colleagues analysed data from three US National Health and Nutrition Examination Survey (NHANES) surveys —1988–1994, 1999–2004, and 2005–2010 —and examined CVD mortality over a period of 14.6 years.

“Our results support current recommendations to limit the intake of calories from added sugars in US diets,” the authors conclude.

In an comment which appeared alongside the research Laura A. Schmidt, Ph.D., M.S.W., M.P.H., of the University of California, San Francisco, writes:

“We are in the midst of a paradigm shift in research on the health effects of sugar, one fuelled by extremely high rates of added sugar overconsumption in the American public.”

She adds the study “contributes a range of new findings to the growing body of research on sugar as an independent risk factor in chronic disease. It underscores the likelihood that, at levels of consumption common among Americans, added sugar is a significant risk factor for CVD mortality above and beyond its role as empty calories leading to weight gain and obesity.”