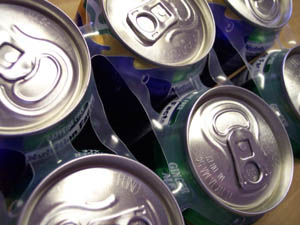 Natural Health News – That late afternoon soda that you have as a pick-me-up is inching you closer to ill health and death according to a study that links nearly 200,000 deaths worldwide in 2010 with sugar-sweetened beverages.

According to Gitanjali Singh, PhD, a postdoctoral research fellow at the Harvard School of Public Health, and colleagues, the highest death rate that could be attributed to intake of sugar-sweetened beverages was in adults older than 65 in Latin America and the Caribbean, with 118 deaths per million population, the researchers reported at the American Heart Association (AHA) Epidemiology and Prevention/Nutrition, Physical Activity and Metabolism 2013 Scientific Sessions.

“Sugar-sweetened beverages are consumed throughout the world, and contribute to excess body weight, which increases the risk of developing diabetes, cardiovascular diseases, and some cancers,” they wrote.

For the current study, Singh and colleagues focused on the burden of obesity-related cardiovascular disease, cancers and diabetes, which, they said, had “not been systematically assessed” in terms of the impact that sugar‐sweetened beverages have on them.

The researchers obtained data on eating habits from 114 national dietary surveys, representing more than 60% of the world’s population from the 2010 Global Burden of Disease study.

Data collection from the World Health Organization helped the researchers identify cause of death by country, age, sex, and disease.

What they found was that average sugary-drink consumption varied tremendously – from less than one drink (8 oz/240 ml) a day in elderly Chinese women to more than five drinks (40 oz/1200ml) a day in younger Cuban men.

The AHA recommends no more than 450 calories (about five 10 oz/330ml cans) per week from sugar-sweetened beverages, based on a 2,000-calorie diet. The definition of sugar sweetened beverages includes sodas, but also sports drinks and fruit drinks.

The poor are most affected

In all age groups (20 to 44, 45 to 65, and over 65) and in both men and women, Central American countries had the highest mortality rate associated with sugary drinks.

Mexico, which has one of the world’s highest per capita rates of drinking sweetened drinks, had the greatest number of deaths related to this risk factor: 318 deaths per million adults.

In contrast, China and Japan had the lowest in all those categories. In Japan, for example, there were only about 10 deaths per million adults attributed to sugary drinks.

East/Central Eurasia had the largest number of cardiovascular deaths (11,000) in 2010 related to the consumption of sugar-sweetened beverages, while Latin America/Caribbean had the most diabetes deaths (38,000).

In the US, the research indicated that about 25,000 deaths in 2010 were linked to drinking sugar-sweetened beverages.

“Because we were focused on deaths due to chronic diseases, our study focused on adults. Future research should assess the amount of sugary beverage consumption in children across the world and how this affects their current and future health,” researchers said. They also recommended that doctors pay greater attention to soda consumption and help patients understand their health-damaging impacts.

Beverage manufacturers have reacted as could be expected. The American Beverage Association, or example, commented that “..The researchers make a huge leap when they take beverage intake calculations from around the globe and allege that those beverages are the cause of deaths which the authors themselves acknowledge are due to chronic disease.”  Though this is not the first study to suggest a link between excess sugar and obesity, chronic disease and early death.

It is “particularly problematic” say the researchers that satiety mechanisms don’t kick in with beverages in the same way as with solid foods. “If you have a sugary drink at 4 o’clock, you’re not as likely to cut back on what you eat for dinner in the same way you would if you’d had a snack of solid food at 4 o’clock,” said Singh.