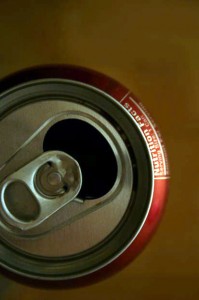 Sodas are the largest source of artery-damaging sugar in our diets [Image: irkengirdib - Morguefile]

For the purposes of this study soft drinks were defined as sugar-sweetened sodas and juices only.

Their findings were published in an early online edition of the American Journal of Clinical Nutrition.

The risk of ischaemic stroke  – which is caused by plaque build-up in the arteries – was 83% higher in those who consumed soft drinks almost every day compared to those who rarely or never drank soft drinks.

In men, there was only a small increase in total strokes, ischaemic strokes, and haemorrhagic strokes. The authors were not able to explain why this should be so. There was no increased risk of ischaemic heart disease in either sex.

A trail of evidence

Previous research has shown that soft drinks are associated with a higher risk of obesity and diabetes. The relationship with heart attacks and strokes is less plentiful.

Even so, this is not the first study to reach this conclusion.  In a study published earlier this year, involving more than120,000 men and women, US researchers found drinking a single soda each day increased the risk of ischemic stroke.

In addition, the study found that men and women who consumed more than one serving of sugar-sweetened soda per day had higher rates of high blood pressure and were also more likely to have a generally unhealthy lifestyle (though factoring this in didn’t alter the stroke risk associated with soda consumption).

According to the researchers sodas are the largest sources of added sugar in the diet. Regular intake sets off a ‘chain reaction’ in the body that can potentially lead to many diseases, including stroke. (For an interesting graphic that explores Your Body on Soda, see here).

Interestingly the Japanese study did not take diet sodas, or 100% fruit juices into account. However, earlier this year the frequent consumption of diet soda was also linked to a greater likelihood stroke.

Sodas are the largest source of artery-damaging sugar in our diets [Image: irkengirdib - Morguefile]