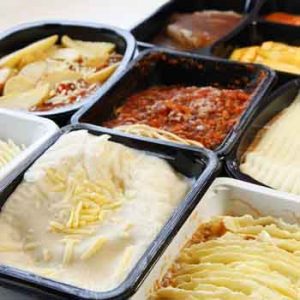 A major new survey shows fresh food is playing a smaller and smaller part in our diets. [Photo: Bigstock]

Natural Health News — In spite of the evidence of its many benefits, fresh food is playing a smaller and smaller part in our diets, according to a new global survey.

A new analysis of data from 54 countries shows that in the most developed countries in the world, the balance has shifted dramatically from fresh to packaged food.

The analysis, carried out by global research firm Euromonitor, revealed that the UK eats almost four times as much packaged food as it does fresh produce, a pattern repeated throughout most of western Europe and north America.

In some other highly populated, but less developed nations, such as China, India and Vietnam, consumers are still getting the majority of their calories from fresh food, but the trend suggests an eventual transition to more packaged food in these countries as well.

» It found that in developed countries people are getting more daily calories from packaged food than fresh.

» In more than half the countries surveyed – including the UK – more calories were bought in the form of alcohol than soft drinks.

» Many nutrition experts believe the packaged food ‘revolution’ is at least partly to blame for the global obesity crisis.

Convenience at a cost

Commenting on the report in the Guardian newspaper, Sara Petersson, nutrition analyst at Euromonitor International, said: “It is kind of the way we are today. The food we eat today is convenient. It is fast to consume and we don’t have to prepare it.” she said, adding, “Fresh food has played a smaller and smaller part in some families’ lives as the pace of life has speeded up over recent decades, working hours have increased and more women have entered the workplace.”

But convenience comes at a cost. Much packaged food is high in salt, sugar and fat and many nutrition experts believe the packaged food ‘revolution’ – built largely on ready meals and calorific cakes and biscuits – is held at least partly to blame for the rise in obesity in the US and Europe.

Calories from alcohol on the rise too

Euromonitor also reveals that in many countries – 28 of the 54 it looked at, including the UK – more calories are bought in the form of alcohol than soft drinks.

“With the current obesity crisis, a lot of bad press has surrounded soft drinks, especially sugar-sweetened beverages,” said Petersson in the Guardian. The government’s proposed sugary drinks tax is aimed at reducing child obesity. But the data on alcoholic drinks suggests that sugar-sweetened drinks are not the only problem when it comes to adults.

But it can be manipulated. For instance, Petersson notes that “Instead, this data could be used by soft drinks companies to argue against statements such as ‘soft drinks are primarily to blame for the obesity crisis’ or by policy makers/public health organisations to strengthen incentives against alcohol consumption.”

A major new survey shows fresh food is playing a smaller and smaller part in our diets. [Photo: Bigstock]